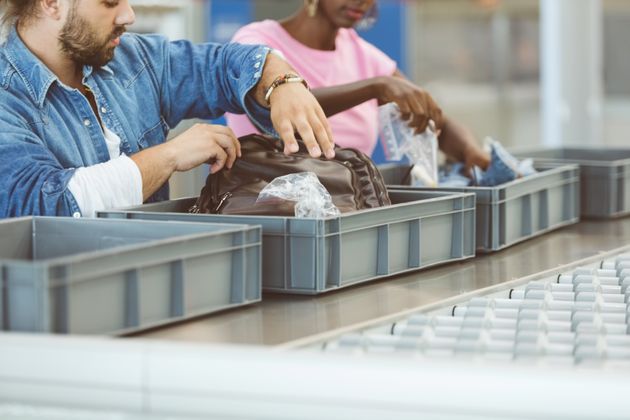 Are you that chaotic person that always has to unpack your hand luggage at the airport and decanting your beauty bottles into a little plastic bag in the queue? Then you realise you forgot to put your expensive perfume or new bottle of suncream in your checked in bag and have to sacrifice it at security. Us too!

Then you’ll be pleased to hear this news: the limit for liquids when going through airport security could be scrapped in 2024, according to the Times.

The rules that say you can’t fly with more than 100ml liquids and must take out your laptop when your bags are scanned may be axed in the next two years.

Several major airports have been given a target date of mid 2024 to install more advanced CT security scanners like those used in hospitals, that will allow for this change in security measures.

Why was the 100ml rule introduced?

A planned terror attack set to be Al-Qaeda’s biggest on the West after 9/11 was thwarted in 2006. The terrorists had planned to take down seven flights leaving from Heathrow by using liquid explosives in the form as soft drinks.

Shortly after, nearly all cabin baggage was banned on flights, excluding passports and wallets. The rules later relaxed, but the ban on liquids remained. Liquids in hand luggage were limited to 100ml and all had to fit into a clear plastic bag no larger than 20cm by 20cm.

Several people assumed that the rules would ease but they have remained in place for the past 16 years. This includes regulations like tablets, laptops, cameras being removed from cabin bags when going through security.

Why are the rules changing?

Removing liquids from bags is a cause of major airport delays. Were rules to be changed, insiders tell The Times it would “prove a gamechanger” for reducing queue times for security.

It would also reduce the use of plastics, with no further need for the regulation plastic bags.

What security will be put in place?

CT scanners will be put in place that produce a high-resolution 3D scan of passengers’ bags, which staff can use to inspect a bag from different angles. Older machines were only able to show a 2D image of luggage.

John Holland-Kaye, the chief executive of Heathrow, told The Times they were “slowly rolling out” the new CT scanners. “We have just started the expansion of the security …read more