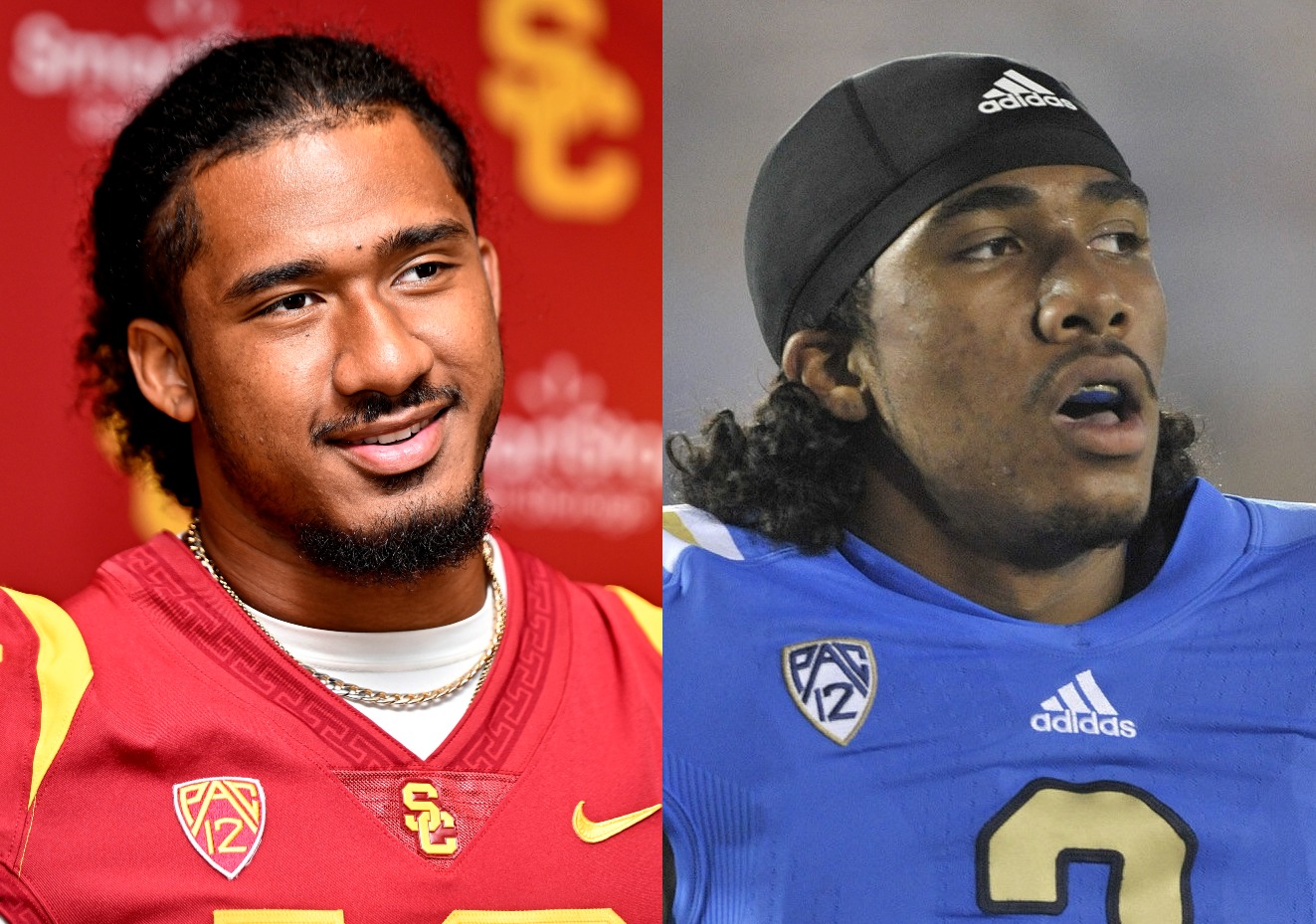 LOS ANGELES — It goes by many names. In Westwood and Pasadena, it’s USC week. In South L.A., it’s UCLA week. Most call it the Crosstown Rivalry.

In one household in Long Beach, a small subsection call it Goforth week.

Linebacker Ralen Goforth will be suiting up for the Trojans in the annual rivalry game, a dream of his growing up in a USC household. But it wasn’t long ago that Goforth was begrudgingly wearing UCLA colors to cheer on his older brother, Randall, during his time as a defensive back for the Bruins.

“Since I’ve been here, he’s gone for UCLA but he wants me to do great,” Ralen Goforth said. “It’s one of those things.”

Ralen Goforth grew up in a family of four brothers. He was the youngest, and Randall the next oldest in the group with an age gap of six years. As with any family with a large group of boys, it was a competitive household, whether it was two-on-two or, after their older brothers moved out, one-on-one.

To this day, Randall is proud that his youngest brother has not beaten him in pickup basketball or wrestling.

“Still had to big bro him in that,” Randall said. “You know how it is, the older brother, you can’t let little bro win. It don’t matter what we playing.”

But the two had a unique bond through football. When Randall was at UCLA from 2012-16, Ralen Goforth would join him for summer workouts. Randall wanted his little brother to see what it took to be a college athlete, from the weight room to practice to games. It was important for Ralen to see how competitive it can be when elite athletes are training together.

“Guys that I hit up to get little advice to this day,” said Ralen Goforth, now a senior for the Trojans. “I grew up around watching those guys’ work ethic and around the UCLA family.”

When Ralen Goforth was a senior at St. John Bosco and it was time for him to make his college decision, though, he had the choice between following his brother’s path or making his own with the school he grew up rooting for.

Randall, who played at Long Beach Poly, put in his two cents about …read more

Jamil Jivani: Poilievre shows how to save people from the ravages of addiction