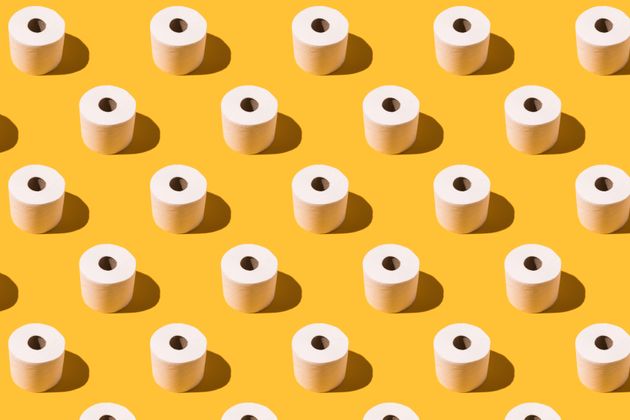 A whopping half of UK adults don’t know how to spot if their poo is healthy or not. That’s according to Bupa’s new Wellbeing Index, which surveyed 8,000 people about their health and wellbeing – including what goes on in their loo.

The lack of awareness is worrying because abnormalities in your poo can be an early sign of bowel cancer. Yet, the survey found that a large amount of adults aren’t sure what to look out for in terms of colour or consistency in their stools.

Over a third of those with bowel cancer are first diagnosed in hospital A&E and while the risk of developing bowel cancer increases as we get older, 24% of over-55s never check the appearance of their stools. What’s more, more than one million people who were invited for a bowel cancer screening in the past two and half years years didn’t take up the invitation within six months.

Bupa’s findings come as presenter and writer Dame Deborah James, aka Bowelbabe on social media, has been stepping up her campaign to raise awareness around bowel cancer.

James has been living with the disease since 2016, but in May she announced that she was now receiving end-of-life care at home with her family.

Since then, her Bowel Babe Fund has raised millions for cancer research in what she calls a “final fuck you to cancer”, and she has successfully lobbied Andrex to print the symptoms of bowel cancer on 29 million packets of loo roll.

In a powerful last episode of her BBC podcast, You, Me and the Big C, James said her one parting message to listeners was: “check your poo”.

More than four in 10 people cannot name a single bowel cancer symptom, according to Bowel Cancer UK – with awareness lowest among men. Half of UK men (55%) were unable to spot the signs, compared to 36% of women.

So, what should we all be looking for?

What are the main symptoms of bowel cancer?

This is Bowel Cancer UK’s list of the most common symptoms of bowel cancer, experienced by many who go on to be diagnosed with the disease.

Bleeding from your bottom and/or blood in your poo

A persistent and unexplained change in bowel habit

Extreme tiredness for no obvious reason

A pain or lump in your tummy

As the charity stresses, the symptoms above don’t mean you definitely have cancer, as each …read more