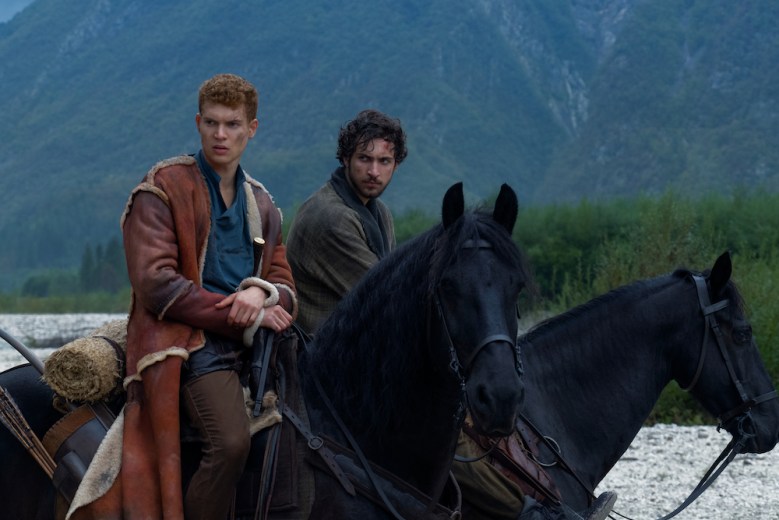 Enough sprawling fantasy epics have been adapted for film and TV in the past 20 years that the genre has developed a set of conventional sights and sounds. The music, for example, has its own sense of sprawl, with sweeping orchestral and choral arrangements whose influence traces back to Tolkien — or, in this case, Howard Shore’s Wagnerian opus for the Peter Jackson “Lord of the Rings” films. When approaching Amazon Prime Video’s take on “The Wheel Of Time,” composer Lorne Balfe and and showrunner Rafe Judkins were determined to buck convention. Balfe created distinctly different sounds that aren’t necessarily concerned with making the world introduced in Robert Jordan’s bestselling novels feel vast and operatic. But he did create a lot of them.

The first album of music for the show was released in advance of its premiere, full of conceptual ideas for the series and almost as gift and a signal of faith to fans of the source material. “I wanted it so [that listeners] that knew the books were able to listen to this as its own identity and feel connected to it,” Balfe told IndieWire.

“I was subtly joining Facebook Groups and following the discussion about the shows. So I was absorbing it all before writing a note,” Balfe said. “We know that we could have done this soundtrack with an 80-piece orchestra, but that’s not really what the fans have been listening to.” The composer connected with the music that fans of Jordan’s work felt evoked the setting, the world of The Wheel — mostly prog rock and folk influences. He also discussed with Judkins the show’s approach of blending cultural traditions and Western and Eastern visual influences to create a sense of a diverse and nuanced world.

“We were talking about reference points and [Judkins] had referenced music from New Orleans, and Balinese music,” Balfe said. “And what [Judkins] was really trying to get down to the fact that Southern music has embraced lots of different cultures to make the actual sound. How do we do it, if we embrace different things to make our own?”

Josha Stradowski and Mat Cauthon in “The Wheel of Time”

How Balfe gave the show’s score its own ethos was through a hybrid of musical folk traditions and instrument choices. “You can have an Irish uilleann pipe, but why not …read more

Tom Brady Plans to Produce More Movies After Retirement: ‘I Definitely See That as Part of My Future’

‘Get Back’: Distilling the Beatles Musical Mojo in the Peter Jackson Documentary