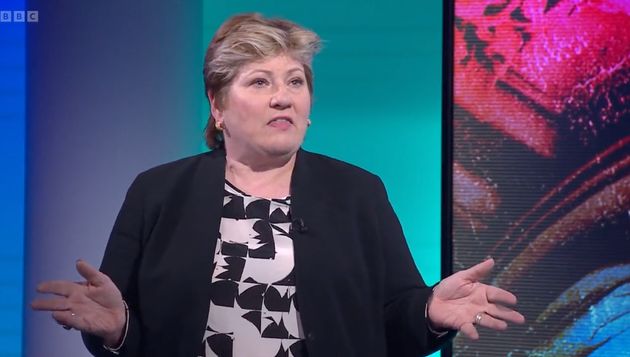 Emily Thornberry didn’t hold back on BBC Newsnight as she accused the government of acting like “drunks” when it comes to human rights in the UK.

The shadow attorney general was addressing the new bill of rights being unveiled by the government today, which will award the Supreme Court in London – rather than the European Court of Human Rights – have final say over UK human rights issues.

Justice secretary Dominic Raab is pushing for the significant change after the ECHR stepped in at the 11th-hour and effectively halted the first plane sending asylum seekers to Rwanda last week.

The move enraged the government, especially as UK courts had given the flight the go-ahead.

Although the UK will remain in the ECHR, the court’s authority will be significantly watered down with this new legislation – a move which Thornberry condemned on Tuesday night.

She said: “On the one hand, they’re saying, ‘we’re going to stay in the European Court of Human Rights,’ on the other hand I think they’re saying they’re going to apply their judgements, ‘sometimes when we like them, not when we don’t like them’.”

But, Thornberry added: ″Law is law.”

Presenter Kirsty Wark pointed out that the law can still be prosecuted now, just through the Supreme Court rather than the ECHR.

Thornberry replied: “But they’ve said that we’ve going to stay in the ECHR, so how does that work?

“If we are going to staying the ECHR, but we are only going to pay attention to some of the things they’re going to say?

“Do you know what I really think is going on?

“I think that this government is just behaving like some sort of drunk at the end [of a night] when the pubs are throwing [people] out, and they’re in the car park and they’re rolling around going, ‘fight me fight me’.

“They’re just trying to think of anything they can to distract us all from what is really going on, which is their inability to govern.

“They’re trying to pick yet another fight.”