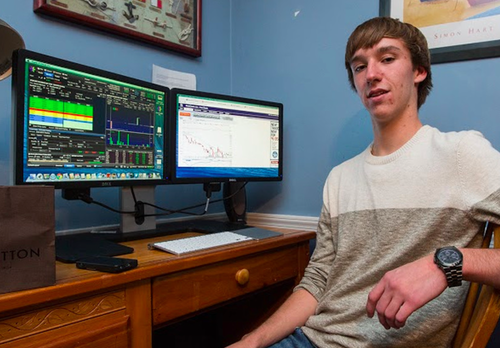 72% Of Gen Zers Think They’ll Be Rich One Day

A new poll revealed young people born between 1997 and 2012 are overly optimistic about striking it rich one day after they’ve watched financial markets melt up for most of their lives.

The oldest Gen Zer, born in 1997, is now at the prime working-age of 25 and opened their first brokerage account in 2015 (unless an adult opened a custodial account for them). Since then, these youngsters have watched stocks and cryptos soar to the moon, and observed people on YouTube, Instagram, and TikTok promote stock and crypto picks in ‘get rich quick’ schemes.

According to online investment advisors MagnifyMoney, a survey of 2,000 customers found nearly three-quarters (72%) of Gen Zers believe they’ll become rich one day, making them the most financially optimistic generation.

The study showed that 44% of all respondents said they would become wealthy at some point in their lifetime, down from 51% in 2019.

In describing wealth, respondents said it comes down to living comfortably without concern for finances. Only 23% of them had the vision of becoming a millionaire. Only 9% thought wealth was associated with driving a luxury vehicle.

The survey asked: “Can you be wealthy and be in debt?” Two-thirds of respondents said yes, while 30% say the debt should be tied to only mortgages. Only 38% say debt-free is their definition of being wealthy.

Building wealth through owning a home wasn’t on most respondents’ radars. Only 27% thought owning property was the best wealth-building strategy.

“Gen Zers are the only generation to think investing in stocks is a better strategy than homeownership,” MagnifyMoney said.

The shift in financial behavior among Gen Zers to bet everything on stocks to become a millionaire is a byproduct of the Federal Reserve’s easy money policies of the last 13 years.

Youngsters who bet it all on profitless tech companies (meme stocks) have had their portfolios destroyed this year because the only investing strategy they know is buy-the-dip — they had hopes Fed Chair Jerome Powell would have rescued them by now.

It’ll take another recession, something Powell is eagerly trying to spark through what could be a summer of hell via the most aggressive monetary tightening in decades to combat inflation at four-decade highs and risks of stagflation. Maybe then stocks will bid as rate hikes push the economy towards recession.