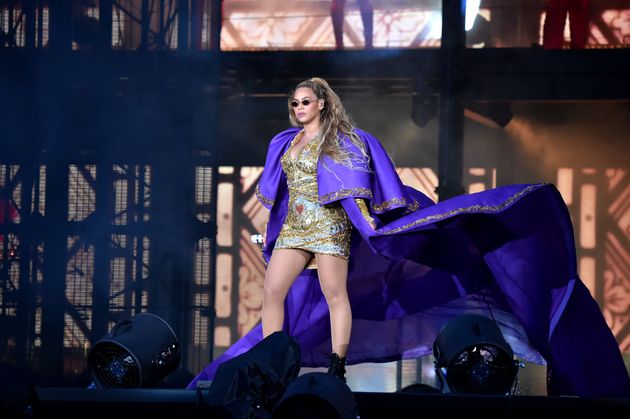 Beyoncé on stage during the On The Run II tour

The drought is almost over. Six years after the release of her seminal album Lemonade, Beyoncé has confirmed she’s got new music coming in a matter of weeks.

On Thursday morning, the music legend announced her seventh album Renaissance (subtitled “Act I” on her official website) would be coming on 29 July.

Needless to say, the stir quickly caused a huge stir on social media, with Beyoncé and Renaissance both quickly rising up the list of global trending topics on Twitter.

Here’s what fans have had to say so far…

First of all, the early-morning timing of the announcement didn’t go unnoticed

*everybody bout to get in bed for the night

And it had everyone scrambling to wake their friends up

Beyoncé is FUCKING COMING 7.29 WAKE THE FUCK UP GIRLS #Renaissancepic.twitter.com/VSuj7BpmFo

I know y’all some of y’all sleep but BEYONCÉ IS COMING pic.twitter.com/wTxpv7SL1B

The long drought is over. Beyonce finally giving us Act 1 Renaissance. pic.twitter.com/gQRgHjLdtX

Bey proud of yourself for getting through the Beyoncé drought, it’s been a long six years but we survived 🥹 pic.twitter.com/1FsXY286eM

We finally got a release date.
We made it through the drought days 😩❣️#BEYONCEISCOMING#Beyonce#Renaissance#beyonceisBACKpic.twitter.com/O8PIsf7Shx

Although some couldn’t help questioning why the queen of the surprise release was giving fans so much notice?

why is beyonce actually telling us about the album before it drops, what’s the catch pic.twitter.com/n7dcEQFDUk

I am so happy and yet so suspicious. Since when does the Queen announce her comeback? https://t.co/uGb1OSGVSa

An old fashioned album preorder with (presumably) a lead single, from Beyoncé for the first time since Run The World / 4? pic.twitter.com/DLBC68BzIY

Monkeypox Is Getting A New Name. Here’s Why