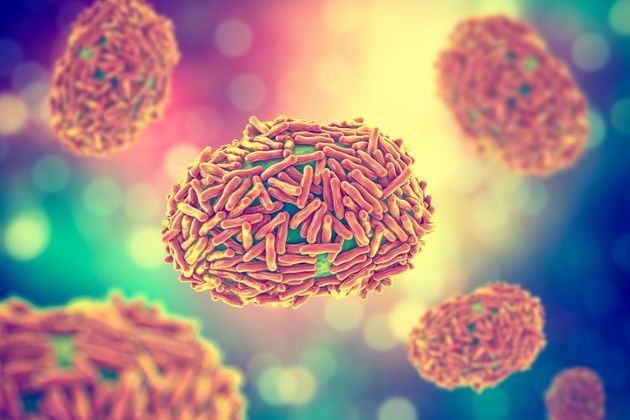 Monkeypox will soon be renamed.

If you’ve been seeing monkeypox in the news recently you might have seen pictures of the condition on darker skin.

Though the virus is now evident in other parts of the world, monkeypox has become synonymous with African countries, which is why a new name is being considered for the condition.

The World Health Organisation has said it is looking to rename the virus due to the connotations and assumptions that it is an ‘African disease’.

It comes after a group of scientists signed a paper stating an “urgent need for a non-discriminatory and non-stigmatising” moniker used to identify the virus.

The team of 29 experts are now calling it hMPXV and advocate for a “speedy decision and adoption of a new name.”

The disease was first called monkeypox as it was detected in the lab monkeys in 1958. Though it has seen been identified in wild monkeys in Africa, rodents are thought to be the cause of infection in humans in endemic regions.

Scientists now say that calling it monkeypox and referring to it as African is “not only inaccurate but also discriminatory and stigmatising”.

In the paper released last week, the experts wrote: “There is an increasing narrative in the media and among many scientists that the present global outbreak is linked to Africa or West Africa, or Nigeria.

“Further, the use of geographical labels for strains of MPXV, specifically, references to the 2022 outbreak as belonging to the ‘West African’ or ‘Western African’ clade, strain, or genotype.”

The WHO’s director-general, Dr Tedros Adhanom Ghebreyesus, said the organisation is “working with partners and experts from around the world on changing the name of the monkeypox virus, its clades and the disease it causes”.

“We will make announcements about the new names as soon as possible,” he added.

In this Centers for Disease Control and Prevention handout graphic, symptoms of one of the first known cases of the monkeypox virus are shown on a patient’s hand

In late May, The Foreign Press Association, Africa, also spoke out against publications and news platforms using pictures of Black skin to show the condition.

In a statement they wrote: “We register our displeasure against media outlets using images of Black people alongside stories of the monkeypox outbreak in North America and the United Kingdom”.

More than 1,000 cases of the monkeypox have been confirmed in countries where the condition is not endemic ― roughly double the number …read more

Why Is A European Court Overseeing The UK’s Asylum Plans?

The Beyoncé Renaissance Is Coming: 35 Tweets That Sum Up The Excitement Of Her New Album Announcement