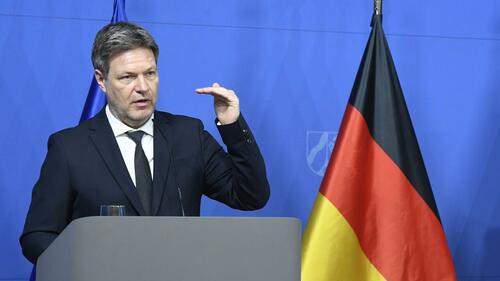 Germany, which has long remained the largest buyer of Russian natural gas, has belatedly and bluntly stated as fact what’s long been among its greatest ‘worst case scenario’ fears, that Moscow is using its energy exports as a “weapon”.

However, Moscow is arguing that its latest actions to reduce supplies – estimated by Berlin officials at this point to have been at about a 3% reduction of normal deliveries – is a natural and inevitable response to Germany seizing Gazprom subsidiaries in the country to “ensure supply” against the backdrop of the Ukraine invasion. A month ago, Vice Chancellor and Economy Minister Robert Habeck justified these provocative moves in saying “we do not allow energy infrastructures in Germany to be subject to arbitrary decisions by the Kremlin.”

And now in a Thursday speech to the lower house of his country’s parliament, Habeck declared the latest Russian action to begin throttling supplies shows that “the confrontation over energy is a weapon.” He added: “Energy can be used powerfully in an economic conflict.”

Habeck further sought to assure German lawmakers and officials as the country continues scrambling to secure alternative supplies that “The situation is that the gas market can compensate for the loss of gas from Russia.”

Bloomberg reviews of the latest major escalatory developments that have triggered the ‘weaponization’ accusation, that “Moscow prohibited dealings with Gazprom Germania GmbH and its various subsidiaries now under the control of Germany’s energy regulator.” Specifically, “That includes energy supplier Wingas GmbH, a European gas storage business, the London-based trading arm of Gazprom and EuRoPol Gaz, owner of the Polish section of the Yamal-Europe pipeline connecting Russia to Germany.”

This after Gazprom Germania was seized by the German state amid heightened pressure for European companies to cut off relations with Russian entities, in an escalation which raised the alarm over whether owners of vital European energy infrastructure would survive. Yesterday Moscow made the dramatic move to impose sanctions on the owner of the Polish part of the Yamal pipeline that delivers gas to Europe.

“We are monitoring the situation closely,” Habeck told lawmakers further. “We have prepared for the situation and I, and the federal network agency, will inform you through the course of the day.”

Inflation Concerns Are Soaring Around The World