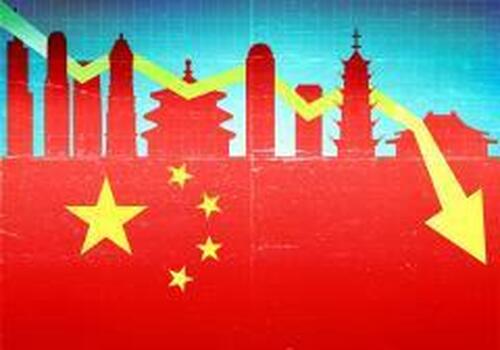 The Chinese Slowdown: Much More Than COVID

Authored by Daniel Lacalle via The Mises Institute,

The most recent macroeconomic figures show that the Chinese slowdown is much more severe than expected and not only attributable to the covid-19 lockdowns.

The lockdowns have an enormous impact. Twenty-six of 31 China mainland provinces have rising covid cases and the fear of a Shanghai-style lockdown is enormous. The information coming from Shanghai proves that these drastic lockdowns create an enormous damage to the population. Millions of citizens without food or medicine and rising suicides have shown that the infamous “zero covid” policy often disguises mass population control and repression.

It is easy to use the covid-19 lockdowns as the reason for the weakening of the Chinese economy but that would be a gross simplification. The problem is deeper.

China is going through a severe slowdown caused by the burst of the enormous real estate bubble and the crackdown on the private sector, which has led to a cut in investment growth.

According to Nomura Research, China faces the worst slowdown since the covid outbreak in 2020 and the world should be worried about a further slide, as the challenges persist. Official gross domestic product (GDP) figures may be massaged to deliver the government’s target, but all other macro figures point to a much weaker growth.

We must remember that there are two ways in which the Chinese government “boosts” real GDP: By publishing a low inflation and GDP deflator figure and by massively increasing credit and infrastructure spending. However, those two cannot disguise the importance of the weakening of the Chinese economy, because it is now structural.

To add to a difficult real estate problem, the government crackdown on the private sector makes it even more difficult to boost growth in other industries and businesses. The fear of constant political intervention is leading to a massive …read more