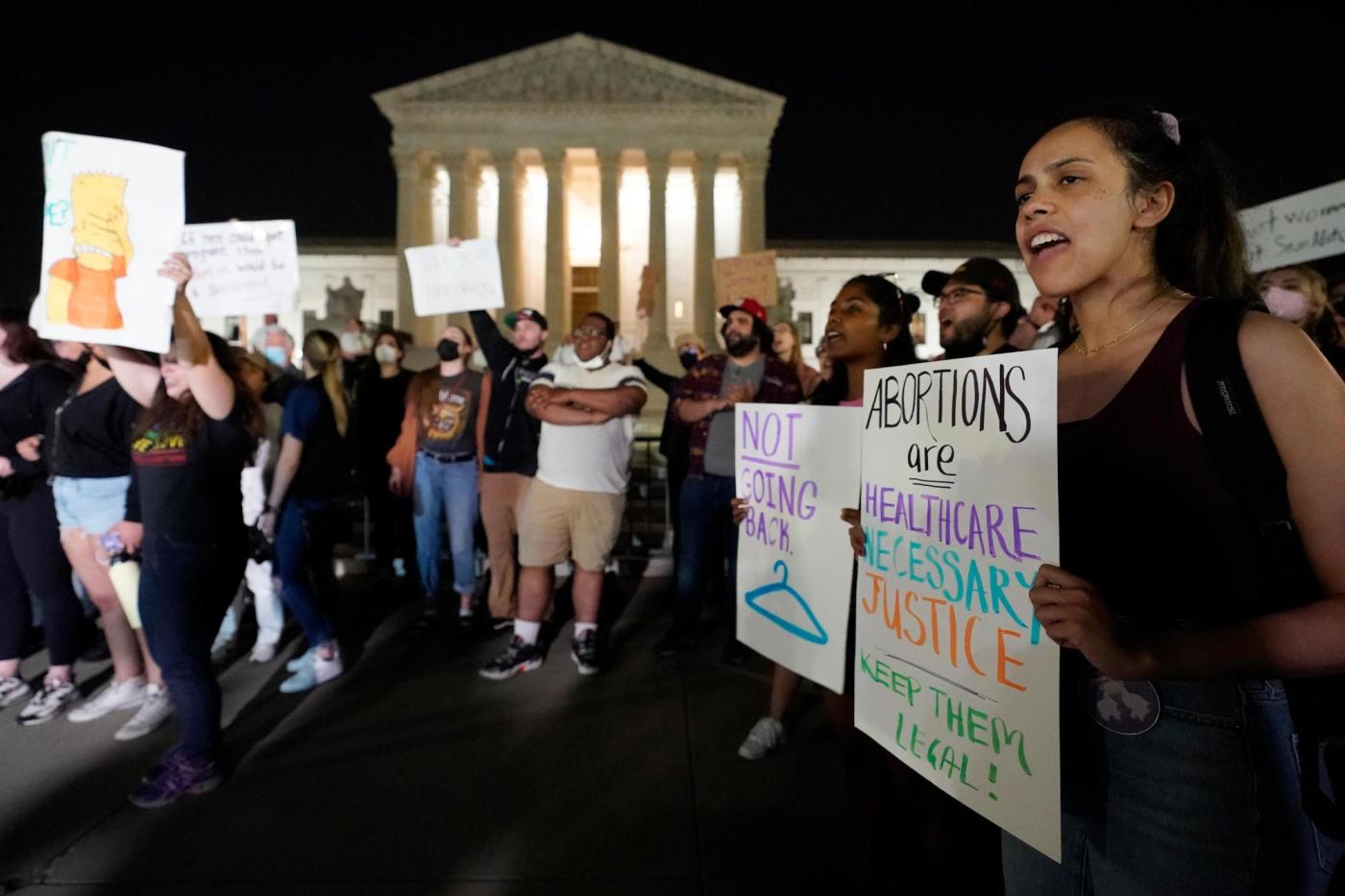 By ZEKE MILLER and JESSICA GRESKO

WASHINGTON (AP) — President Joe Biden on Tuesday blasted a “radical” Supreme Court draft opinion that would throw out the landmark Roe v. Wade abortion rights ruling t hat has stood for a half century. The court cautioned no final decision had been made, but Biden warned that other privacy rights including same-sex marriage and birth control are at risk if the justices follow through.

Chief Justice John Roberts said he had ordered an investigation into what he called the “egregious breach of trust” in leaking the draft document, which was dated to February. Opinions often change in ways big and small in the drafting process, and a final ruling has not been expected until the end of the court’s term in late June or early July.

Across the nation, Americans grappled with what might come next. The Democratic-controlled Congress and White House both vowed to try to blunt the impact of such a ruling, but their prospects looked dim.

A decision to overrule Roe would have sweeping ramifications, leading to abortion bans in roughly half the states, sparking new efforts in Democratic-leaning states to protect access to abortion, and potentially reshaping the contours of this year’s hotly contested midterm elections.

The draft was published by the news outlet Politico late Monday.

Speaking to reporters before boarding Air Force One, Biden said he hoped the draft wouldn’t be finalized by justices, contending it reflects a “fundamental shift in American jurisprudence” that threatens “other basic rights” like access to birth control and marriage.

“If this decision holds, it’s really quite a radical decision,” he added.

“If the court does overturn Roe, it will fall on our nation’s elected officials at all levels of government to protect a woman’s right to choose,” Biden said. “And it will fall on voters to elect pro-choice officials this November. At the federal level, we will need more pro-choice Senators and a pro-choice majority in the House to adopt legislation that codifies Roe, which I will work to pass and sign into law.”

Though past efforts have failed, Senate Majority Leader Chuck Schumer said he intended to hold a vote.

“This is as urgent and real as it gets,” Schumer said on the Senate floor Tuesday. “Every American is going to see on which side every senator stands.”

Leaders in New York and California rolled out the welcome mat to their states for women seeking abortions, and other Democratic states moved …read more