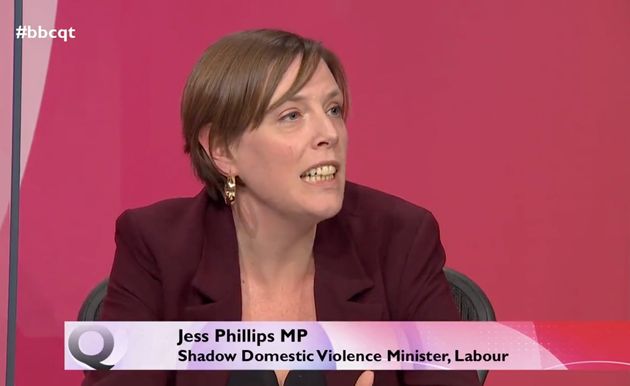 Jess Phillips defended the decision to change the name of Midget Gems on BBC Question Time and her response was too funny for Twitter to ignore.

The shadow domestic violence minister was addressing claims that it was “too woke” for M&S to change Midget Gems to Mini Gems after the original name was described as offensive in an academic’s campaign.

She said: “You wouldn’t have a chocolate bar which had racist slurs written on them. You just wouldn’t.

″And you wouldn’t have ‘Bitch Smarties’ and think that is acceptable anymore.

“It doesn’t hurt anybody.”

Well, it actually turns out Bitch Smarties is quite a popular name on Twitter…

I would buy Bitch Smarties#questiontimepic.twitter.com/geFvQxX8wO

Bitch Smarties is the name of my new band#bbcqt

If Nestlé start making Bitch Smarties, I’m going to have to extend my overdraft. pic.twitter.com/qfMgDIvAn0

Phillips did also explain that companies should strive to be more inclusive now.

“You have to be really really careful when these things happen,” the Labour MP explained.

“That it happens because apparently loads of people have been really annoyed about it – often that is manufactured and that’s not been seen.

“Loads of people won’t be annoyed about it being changed.”

She added: “In the grand scheme of things, it doesn’t really matter. It doesn’t hurt me in any way, or upset me.”

She compared it to the conversations around removing statues of problematic people this week, and said it was best to focus on real people experiencing abuse now – and look into the “stone people” when the initial problem was sorted.

Phillips continued: “Eat whatever sweets, call them whatever you like.

“Try not to worry about these things quite so much.”

Labour’s @jessphillips says companies should be as inclusive as possible, but suggests there are greater issues at hand than a brand of sweets. #bbcqtpic.twitter.com/cvtk8Ze8NM

Tiffany Haddish Arrested For Driving Under The Influence