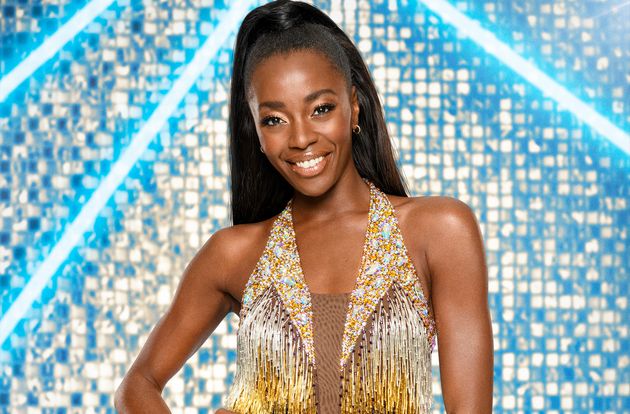 AJ Odudu has been forced to pull out of the forthcoming Strictly Come Dancing tour due to a persistent foot injury.

The TV presenter had to withdraw from last month’s final of the BBC ballroom show at the 11th hour after tearing a ligament in her right ankle.

It was later announced that she and her dance partner Kai Widdrington would be performing their intended Showdance on the Strictly tour, but AJ has now confirmed she will not be able to take part in the live shows.

She said in a statement: “I’m devastated not to be able to take part in the Strictly tour due to injury. I had hoped for one last dance with Kai, but I must obviously follow the medical advice.

“I wish my Strictly family the very best of luck on the road and I’ll definitely be there to cheer them on.”

AJ will be replaced on the tour by former EastEnders star and 2020 finalist Maisie Smith.

Maisie will dance with AJ’s professional partner Kai Widdrington, having previously been paired with Gorka Marquez when she competed on the show.

She said: ”I’m thrilled to be asked to restart my Strictly journey on this year’s arena tour.

“Kai and I will be dancing the Quickstep and the Samba – I can’t wait for rehearsals to start next week. It will be a joy to dance with everyone and so great to see my EastEnders friend Rose again. I wish AJ a speedy recovery.”

It was previously revealed that AJ and Kai would perform their unseen routine to Naughty Boy and Beyoncé‘s track Runnin’ (Lose It All) during the arena tour.

Her fellow 2021 finalists Rose Ayling-Ellis and Giovanni Pernice and John Whaite and Johannes Radebe will take part in the tour, alongside Rhys Stephenson and Nancy Xu, Tilly Ramsay and Nikita Kuzmin, and Sara Davies and Aljaz Skorjanec.