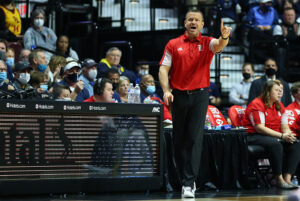 Thanks to Missouri’s huge upset the other night, and there should be a new number one next week in the polls. Four teams are in a position to claim that spot. South Carolina, Louisville, Stanford, and Arizona all have solid arguments. This piece will differentiate between teams and present the arguments for number one. In addition, I will include my pick for next week’s rankings.

South Carolina has the most talented roster in the country with Zia Cooke, Destanni Henderson, Aliyah Boston, and Victaria Saxton. Despite the 70-69 loss to Missouri, at 12-1, this team still has an argument for number one. SC has wins over NC State, Stanford, Maryland, UCONN, Duke, Kansas St., and Oregon. That is a total of at least seven tournament-caliber teams they have beaten this season. The win over Stanford is significant and should keep them ahead of the Cardinal next week. However, the Missouri loss hurts because the SEC is extremely tough, and Missouri lost by 30 to Missouri State earlier this year. Typically the AP will change the rankings after a loss. Therefore despite having the most impressive resume and strength of schedule, South Carolina may go down to 2nd or 3rd depending on what the AP voters want to do. As a result, I would rank SC at number two next week.

Despite the immense talent in Haley Jones, Cameron Brink, Lexie Hull, and Lacie Hull, Stanford’s argument for number one is a bit more challenging to understand. With a record of 8-3, it would be odd for the AP to place them above one or zero loss teams at the top spot. However, they have wins over Maryland, Tennessee, Indiana, and Gonzaga. The Tennessee win was especially impressive, the Cardinal was up 20 in Knoxville, but Tennessee came storming back in the second half to make it close. Winning in Knoxville is no easy feat and should not be overlooked. Stanford is the defending champion from last season; therefore, they have more credibility than everyone else. Unfortunately, they have three losses to SC, Texas, and USF. The USF loss was in their Bahamas tournament, and it was the third game of a three-day stretch. This loss weakens their argument significantly; USF lost to Texas Arlington this season. As a result, Stanford should be number three …read more

‘A long, hard journey’: How Utah finally arrived at the Rose Bowl