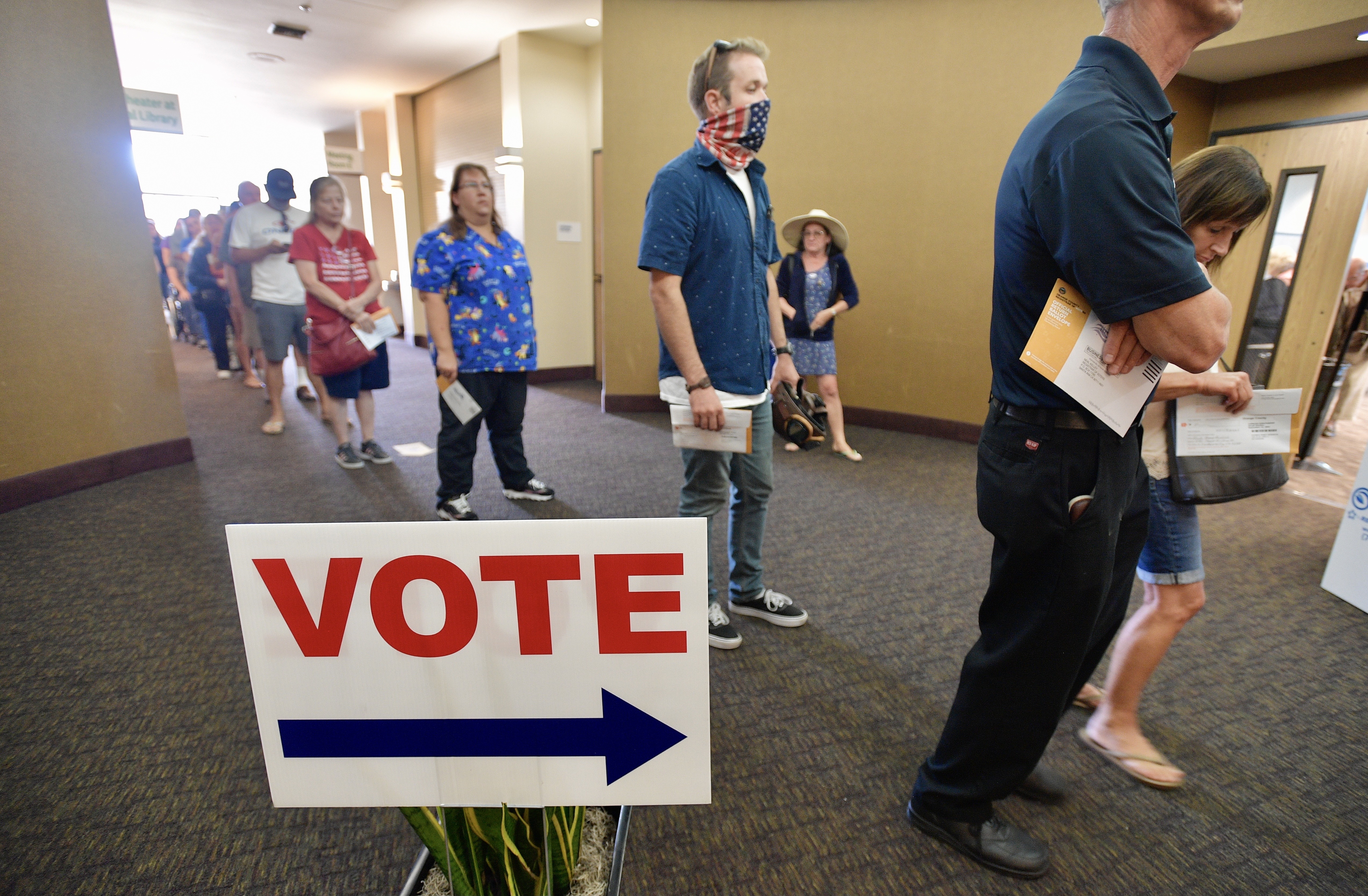 A solid majority of voters so far want to keep Gov. Gavin Newsom in office for another year, according to the first round of ballots tallied in Tuesday’s statewide recall election.

Those initial results, posted by the Secretary of State just after polls closed at 8 p.m., were expected to heavily favor Democrats. That’s because they’re entirely from early mail-in voting, while a majority of Republicans said they planned to vote in person on Election Day.

Vote centers and polling places across Southern California reported some delays, with wait times longer than 20 minutes at multiple locations Tuesday evening. If those and other votes eventually tip the recall question so that Newsom is removed from office, a plurality of voters in early returns said they want to give California’s top job to conservative radio talk show host Larry Elder, who took a strong early lead in a 46-candidate field that includes longtime Republican politicians John Cox and Kevin Faulconer, and Democratic real estate investor Kevin Paffrath.

Though Elder and a few hundred of his supporters gathered Tuesday night in a ballroom at the Hilton in Costa Mesa for what they called a “victory party,” his team already put out statements attributing a predicted loss to unproven claims of voter fraud.

Such fraud, to date, has not been found. Officials on Tuesday said some routine voting issues, such as equipment needing to be replaced and a worker making an error about coding on a small number of ballots, had been reported and addressed. But they said the vast majority of vote centers ran smoothly.

But in-person numbers will be only a fraction of this year’s vote. More than 9 million Californians cast ballots prior to Election Day, and overall turnout is expected to approach 50%. With Democrats outnumbering Republicans in California by two to one, and no evidence so far of independent and third-party voters breaking strongly against Newsom, the governor’s camp was confident heading into Tuesday.

To keep his seat, Newsom needs at least 50% plus one voter to say “no” to the first question on Tuesday’s ballot: Shall Gavin Newsom be recalled (removed) from the office of Governor?” Recent polls show Newsom winning that question by as much as 20 points.

Bil Gaines, a 40-year-old Democrat from the unincorporated Riverside County community of Winchester, mailed in his ballot to vote …read more