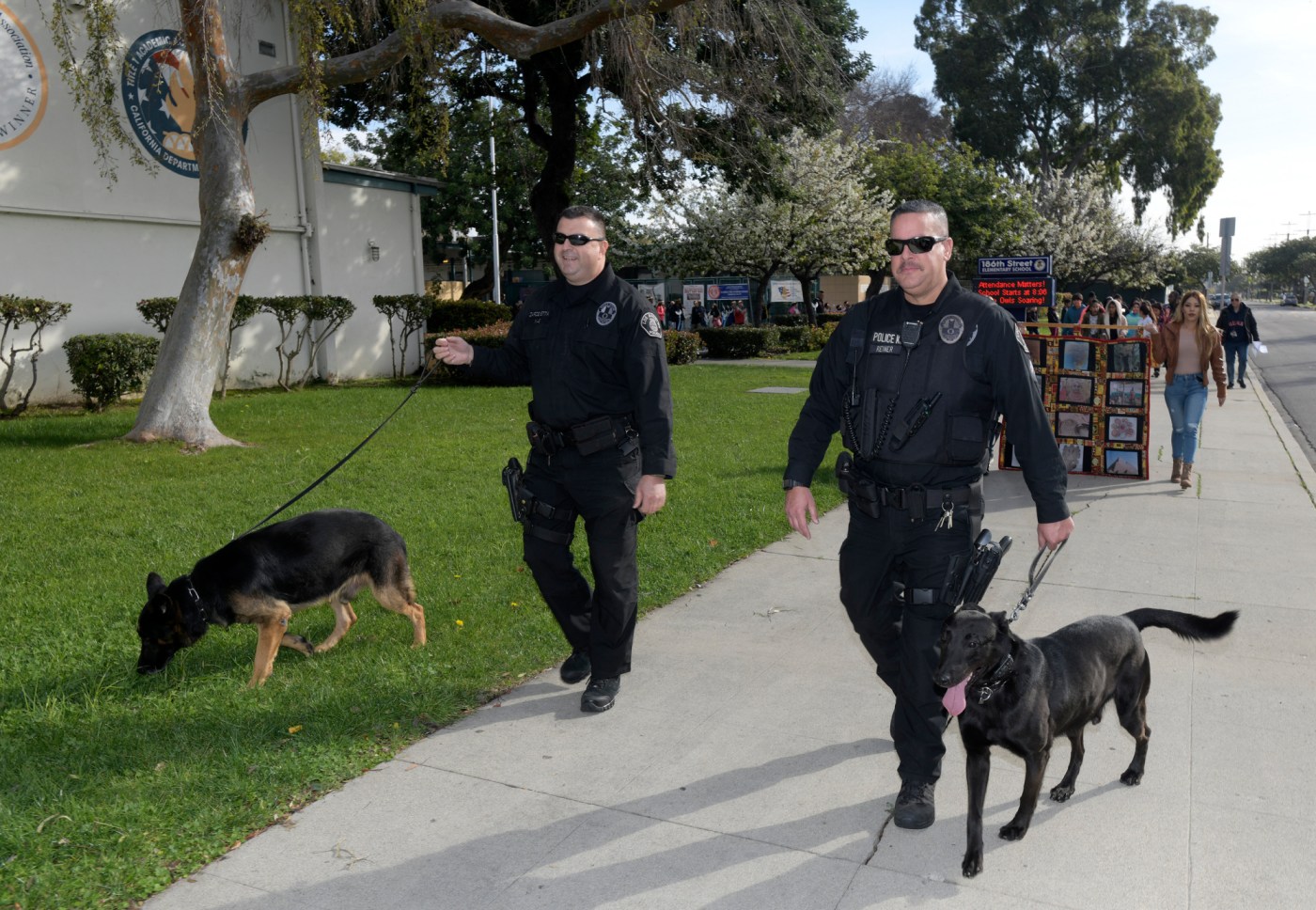 A resolution that would have allowed school police officers to be placed back on campuses was rejected by the Los Angeles Unified school board on Tuesday, Sept. 14, seven months after the majority of board members voted to permanently move them off campuses in the first place.

The resolution, sponsored by board members George McKenna and Scott Schmerelson, had been framed as a local control issue for school sites by giving principals and individual school communities the autonomy to decide if they wish to have an officer stationed at a middle or high school. The resolution would not have forced all secondary schools to bring officers back.

Similar to the February vote, when McKenna and Schmerelson were the only ones on the seven-member board to vote against removing officers from campuses, they were the only two to endorse this week’s resolution.

Board member Jackie Goldberg abstained from voting while the remaining four board members rejected the resolution.

Since the resolution was voted down, the item cannot return for another vote for six months, according to board rules.

McKenna and Schmerelson are the only current board members who have served as school principals, and they have been on the losing end of most board votes related to making cuts to the district’s school police department or removing them from campus assignments — actions that were spurred by demands from Black Lives Matter advocates.

LAUSD requires students 12 and older to get vaccines

The union representing LAUSD school administrators, meanwhile, has supported allowing school sites to decide if they want an officer on campus.

Union heads for Los Angeles School Police Department officers have also been calling for officers to be placed back on campuses and for funds to be restored to their department. Incidents of campus violence …read more