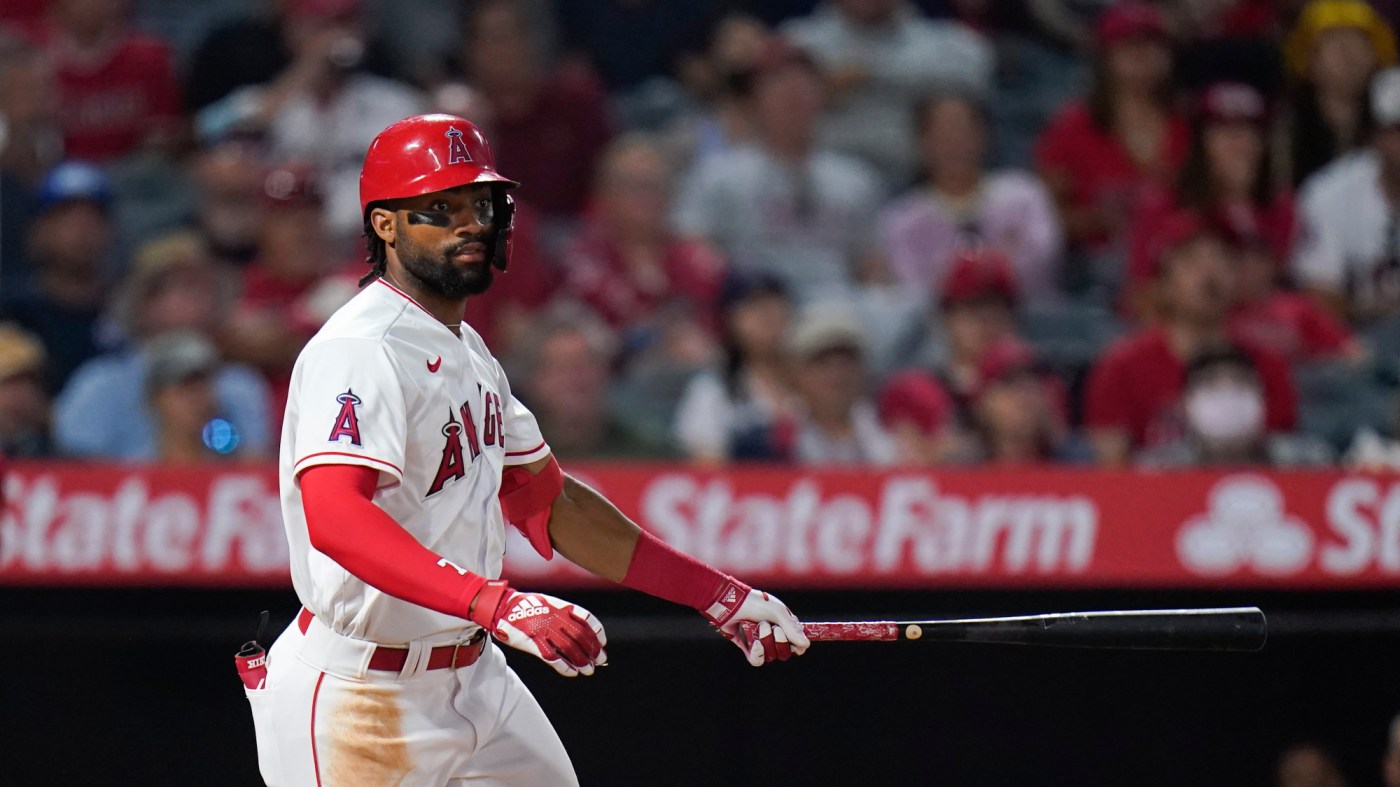 Jo Adell was placed on the injured list on Wednesday with a left abdominal strain, and Manager Joe Maddon said he’s not expecting the outfielder to play again in the final two-plus weeks of the season.

Adell is the latest in a string of Angels players to wind up missing more time with an injury than the club originally predicted.

Maddon explained on Wednesday afternoon that the information he was given changed in the days after Adell was hurt crashing into the outfield fence in the ninth inning of Saturday’s game in Houston.

Maddon said even up until Tuesday afternoon he didn’t believe Adell would need to go on the injured list, but shortly before Tuesday’s game, the medical staff “told me something different. They were concerned that it’s something more than that and it’s going to take longer. … That all happened relatively fast.”

Adell would be eligible to come back on Sept. 22, which would leave just 11 games in the season.

“Those injuries are kind of weird, as you know and they can take longer,” Maddon said. “We have two weeks left. It’d be hard to imagine that (Adell could play again). If I had to say anticipate, I would anticipate that he wouldn’t, but we’ll see.”

No. 16 Coastal Carolina rallies, then holds off Buffalo 28-25

“I think you’d have to give him plus grades at everything over last year,” Maddon said.

It’s been apparent for some time now that Mike Trout was not going to have enough time to return, but the Angels are reluctant to make that official because the three-time American League MVP still is rehabbing in hopes of playing.

Trout, who has been out since May with a strained calf, is with the team in Chicago and working out, although he isn’t doing baseball activity.

Maddon conceded the obvious on Wednesday, saying that he “would be very surprised” if Trout played this season. Maddon said it’s up to Trout to make that official, though.

General Manager Perry Minasian, who joined the team in Chicago on Wednesday, said they won’t stop Trout from continuing to …read more

Down to last strike, Rockies get two homers to stun Phils

Indians search for hits in DH at Minnesota