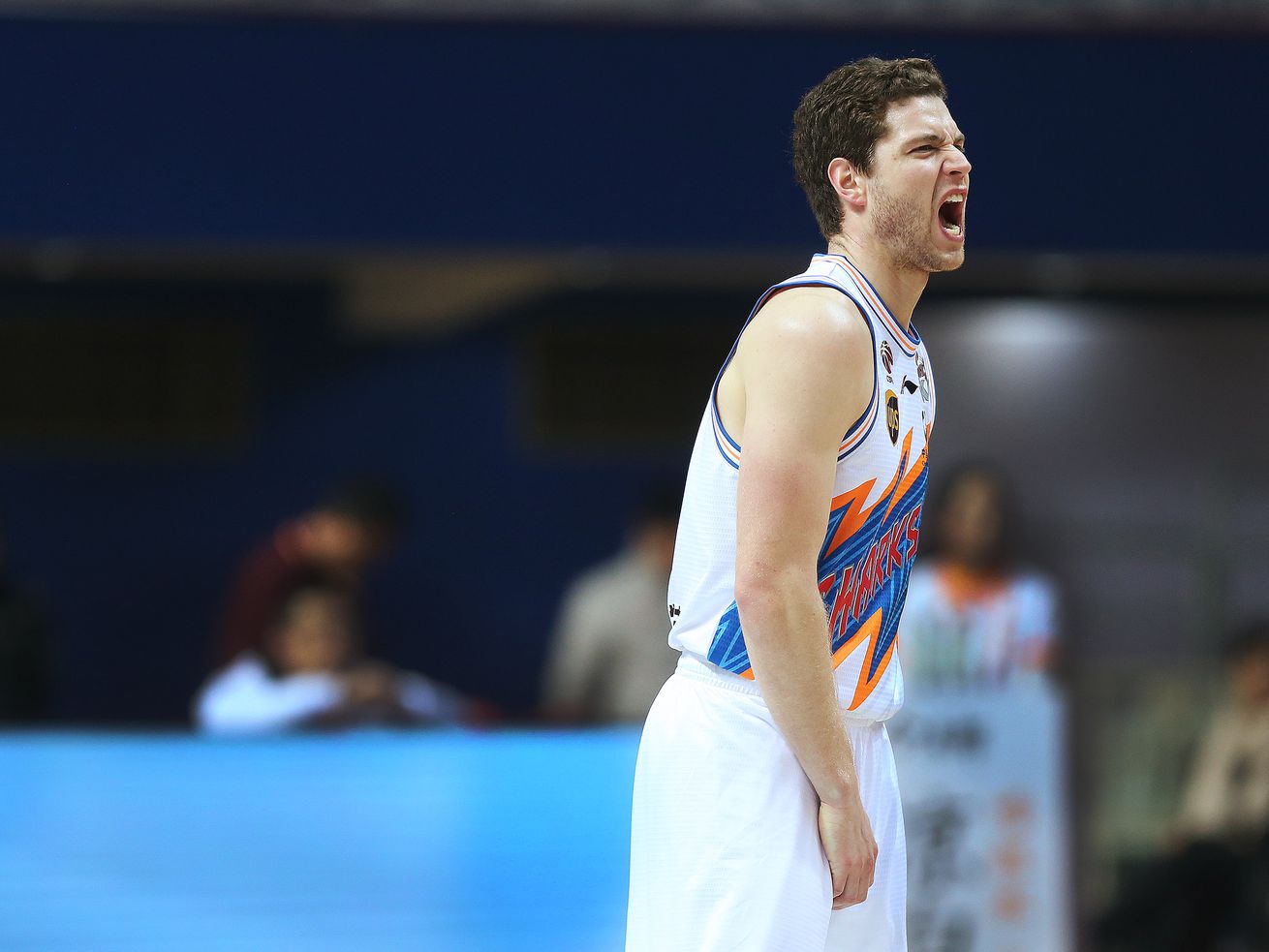 Jimmer Freddette grimaces after getting a minor injury while playing the Bayi Rockets in Shanghai, China, on Jan 19, 2018. | Jeffrey D. Allred, Deseret News

Three months ago, it appeared Jimmer Fredette’s time playing professional basketball in China could be over, but that course will reportedly be reversing.

Early Wednesday, international basketball reporter Emiliano Carchia reported that Fredette will be returning to the Shanghai Sharks for a fifth season.

Shanghai Sharks are assembling a team with Jamaal Franklin, Jimmer Fredette and Noah Vonleh, I am told

This comes after Carchia reported in June that foreign players would not be allowed to play in the Chinese Basketball Association in the upcoming season because of the pandemic, at least at the start of it (it is unclear when Fredette will join the club).

That had left Fredette to tweet at the time, “Looks like I’m open for business…” and he mentioned the NBA, Euroleague and Australia’s National Basketball League.

Early Wednesday, Carchia responded to a Twitter user who asked how Fredette, along with former NBA lottery pick Noah Vonleh and former second-round pick Jamaal Franklin, could join the Chinese side, and Carchia indicated it was because the CBA is expected to play in a bubble this season.

They are expected to play in a bubble like last season

After the uncertainty surrounding his future in China, Fredette was lined up to play for the Denver Nuggets in the NBA Summer League in July in Las Vegas (his wife and children live in Colorado year round) but withdrew at the last minute.