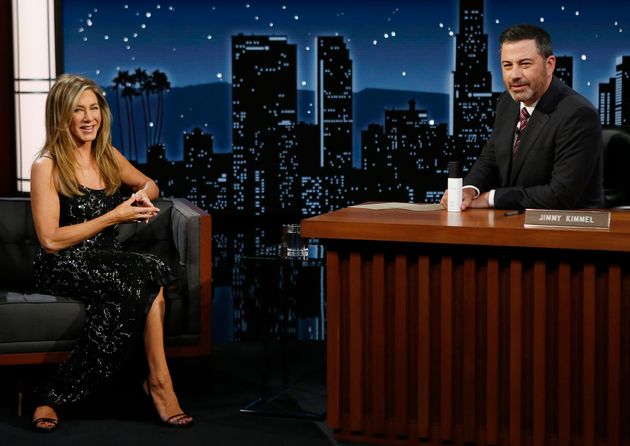 ﻿Jennifer Aniston has ruled herself out of attending this year’s Emmys as she’s still adjusting to things reopening after the pandemic.

The former Friends star told US talk show host Jimmy Kimmel that she’s still taking “baby steps” when it comes to returning to regular life after 18 months of Covid-related adjustments.

“I will not be going,” she explained when the Emmys came up during her interview.

“This is still a big step for me just to be here. It’s just baby steps.”

Jen previously took part in last year’s virtual Emmys, where she made a cameo appearance on-stage and appeared in a sketch with her former Friends co-stars Courteney Cox and Lisa Kudrow.

However, with the show returning with a studio audience in 2021, Jen has said she’ll be sitting this one out.

Earlier this year, the former Emmy recipient admitted she had cut certain people out of her life after they expressed anti-vaccine opinions.

She said: “There’s still a large group of people who are anti-vaxxers or just don’t listen to the facts. It’s a real shame.

“It’s tricky because everyone is entitled to their own opinion — but a lot of opinions don’t feel based in anything except fear or propaganda.”

Jennifer and the rest of the Friends cast are actually in the running for an award this year, as they all served as producers on the long-awaited reunion special that aired earlier in the year.

This marks the first time Courteney Cox has been nominated for an Emmy for her work on Friends, a fact which did not go unnoticed by the actor herself.