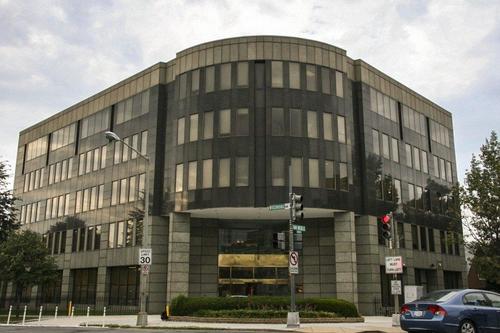 The formal request for the US to not allow the name change came just after on Monday state-run Communist Party mouthpiece Global Times published an op-ed Monday vowing that China’s military will send fighter jets directly over the island in assertion of Chinese sovereignty over Taiwan.

The proposal was first requested by Taipei, and this current round of diplomatic tensions over the issue was sparked immediately upon reports the Biden administration is “seriously considering” allowing the name change.

Since 2017 a handful of countries including Nigeria, Jordan and Ecuador, briefly OK’ed Taiwan representation name changes, but quickly reversed course after feeling severe pressure from China, a large trading partner.

According to the South China Morning Post late in the evening Monday, China’s Foreign Ministry issued a formal denunciation of the possible name change at the end of a day it was being widely reported:

Foreign ministry spokesman Zhao Lijian said on Monday that China had “lodged solemn representations” with the US and urged it to abide by the one-China principle and the three US-China communiqués – joint statements in 1972, 1979 and 1982 that included the US stating its intention to gradually decrease arms sales to the island.

Zhao said Washington should “stop any form of official exchanges between the US and Taiwan to improve substantive relations”, including by changing the name of Tecro.

Blinken said the US will defend the “country” of Taiwan, a rookie messaging mistake.

Earlier in the summer the deputy director of the American Institute in Taiwan Raymond Greene, considered the de facto US diplomat to Taiwan, made statements indicating the US now sees in the Taiwan controversy an “opportunity” to counter Beijing.

The Chinese people don’t want war. We don’t build a military alliance, or impose coercive trade, all-around blockade or sanctions. We don’t request other countries to follow our political system. Americans should look in the mirror and see how bad they are.

US Retail Sales Unexpectedly Rebound In August, Despite Slump In Car Sales