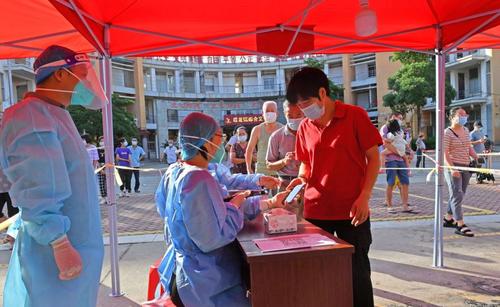 Yesterday, we reported that China is presently facing yet another wave of the coronavirus. But this time, instead of just making schools all-remote while urging the vulnerable to vaccinate ASAP, China is embracing all its options for suppressing this new wave since a cluster of more than 40 cases must have greatly impacted the surrounding area.

In just the space of a day, the number of new cases identified in Fujian has doubled from Monday to Tuesday. The National Health Commission said 59 new locally transmitted cases were reported for Sept. 13, up from 22 infections a day earlier. All of them were in Fujian, a province bordered by Zhejiang to the north and Guangdong to the south.

In just four days, a total of 102 community infections have been reported in three Fujian cities, including Xiamen, a tourist and transport hub with a population of 5 million.

The infections come ahead of the week-long National Day holiday, which starts on Oct. 1, a major tourist season. The last domestic outbreak in late July to August disrupted travel, hitting the tourism, hospitality and transportation sector particularly hard.

The suspected source of the outbreak is a student’s father who tested positive for the virus on Friday – 38 days after returning from Singapore on Aug. 4. He had served 21 days in quarantine, during which he had taken nine nucleic acid and serologic tests, all of which were negative, said a report in the state-run Global Times newspaper. Notably the CCO suspects that the father’s infection wasn’t related to the other patients who have sprang up in this latest out,  not clear if the student’s father was indeed infected overseas, as such a long incubation period is very unusual.

To try and combat the spread, authorities have closed schools, museums and libraries.

While yesterday we reported that the outbreak had been confined to Fujian, reports on Tuesday say the virus h.

Mp>Some 32 virus cases were identified in Xiamen on Monday, with most of them traced back to Putian. According to the Global Times, the primary symptoms suggest the delta variant is driving …read more