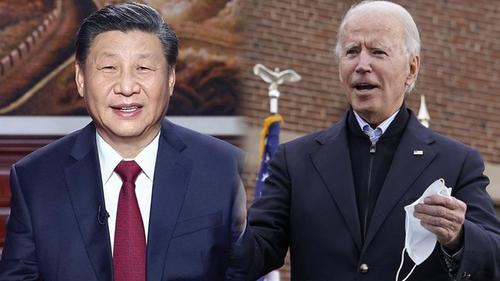 New reporting in Financial Times has revealed that President Joe Biden’s efforts to initiate an in-person summit with President Xi Jinping at a moment relations remain a low point have been snubbed by the Chinese leader. The serious overture that Biden made ultimately fell “on deaf ears,” the report emphasizes, as Xi apparently displayed no interest.

FT reveals the offer was made by Biden during the two leaders’ 90-minute phone call last Thursday. The White House call readout made no mention of the proposed in-person summit. It only said “The two leaders had a broad, strategic discussion in which they discussed areas where our interests converge, and areas where our interests, values, and perspectives diverge,” and the statement added, “They agreed to engage on both sets of issues openly and straightforwardly.”

But on Tuesday the FT reports, “The US president proposed to Xi that the leaders hold the summit in an effort to break a deadlock in US-China relations, but several people briefed on the call said the Chinese leader did not accept it and instead insisted that Washington adopt a less strident tone towards Beijing.”

And further, “Five people briefed on the call said that although Xi had used less abrasive language than his senior diplomats had done this year, his overall message to Biden was that the United States must moderate its rhetoric.”

Another official cited Biden’s efforts as including proposing “several possibilities for follow-up engagement with Xi” which included the idea of a summit. FT suggests there was widespread “disappointment” at the White House given Xi’s clear lack of interest in Biden’s significant overture.

The UK View On Medical Cannabis

As for the Chinse reaction to the proposed summit, FT explains:

Chinese accounts of the appeal pointed out that it was initiated by Biden, and quoted Xi as saying that US policies had caused “serious hardship.” They also noted that the United States “looked forward to more discussions and cooperation” with China, in language that implied Washington was pushing harder for engagement than Beijing.

Biden to his mates in Australia, Japan and India this week: let’s figure out how to deepen this New Cold War.https://t.co/YcRz3WAhbL