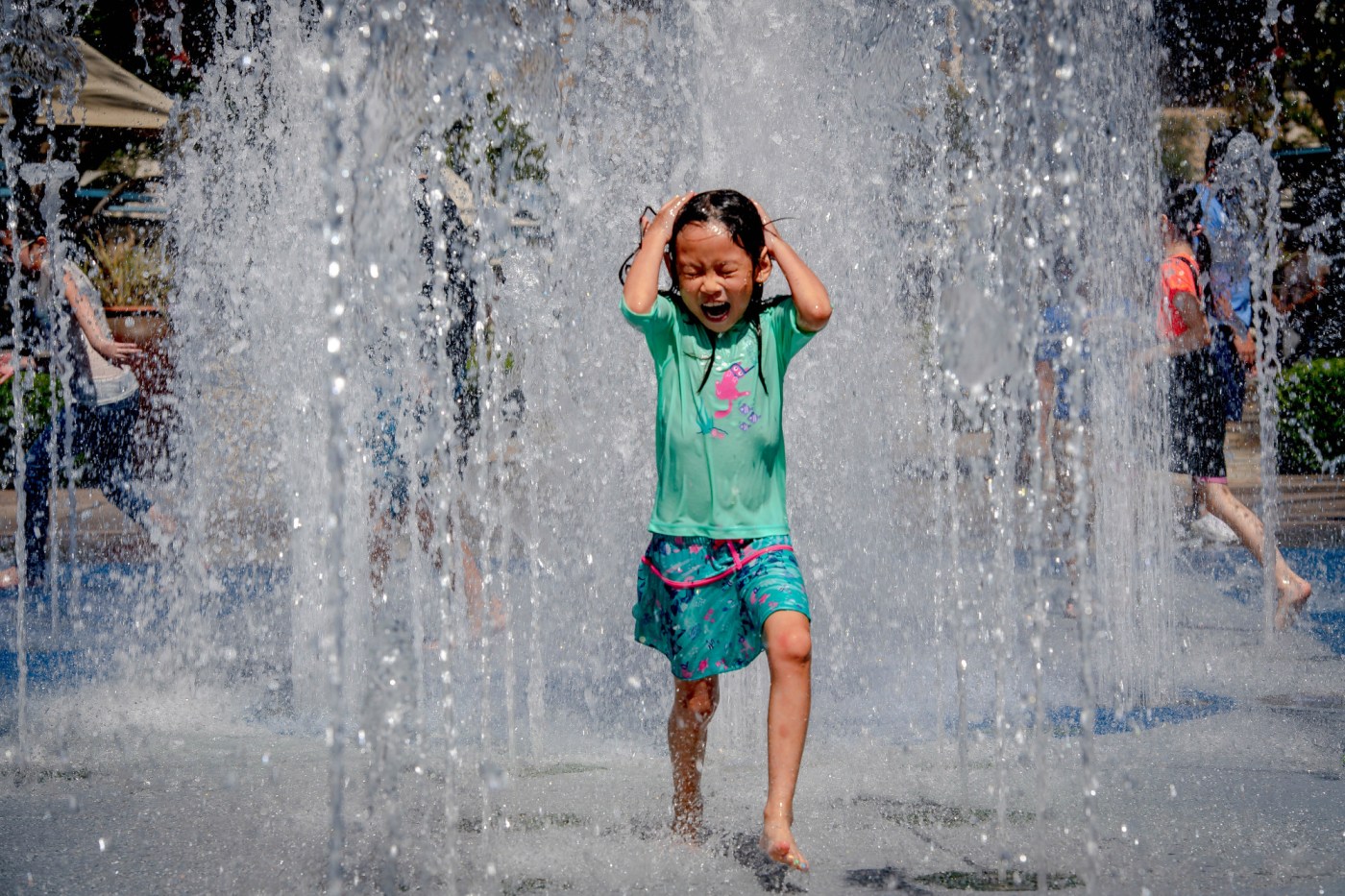 Triple-digit temperatures are likely in the regions’s inland areas with potentially record-breaking high temperatures Tuesday and Wednesday, meteorologists said. Coastal areas also will warm up into the upper 80s to lower 90s, which also could break records.

“That heat is going to stay all of the way through the work week until the next weekend, when it will slightly cool,” said Dan Gregoria, a National Weather Service meteorologist.

The Inland Empire could start seeing triple-digit temperatures on Monday, but will warm up in the middle of the week. San Bernardino could reach up to 106 degrees on Tuesday and 105 degrees in Riverside, forecasts show.

Inland Orange County could reach up to the upper 90s midweek. Anaheim termperatures are  forecasted to reach 96 degrees on Tuesday, which could possibly break its 95-degree daily record high.

The valleys in Los Angeles County are expected to reach triple digits, with possible record-breaking heat in Woodland Hills and Santa Clarita. In downtown Los Angeles, the biggest jump will go from 87 degrees on Monday to 96 degrees on Tuesday.

The night low temperatures will also stay warm, ranging from the upper 60s to lower 70s.

The heat will elevate fire danger, with some strong winds increasing that risk in the Los Angeles County mountains on Tuesday night, meteorologist David Gomberg said.

People should limit their outdoor activity, drink plenty of fluids and check on at-risk people, such as the elderly, the meteorologists said.

Cool by the coast, warm in inland areas of Southern California for Memorial Day weekend

Drizzle could make for slick roadways in Southern California on Sunday

Britt Reid pleads not guilty to DWI, is allowed to drive on bond