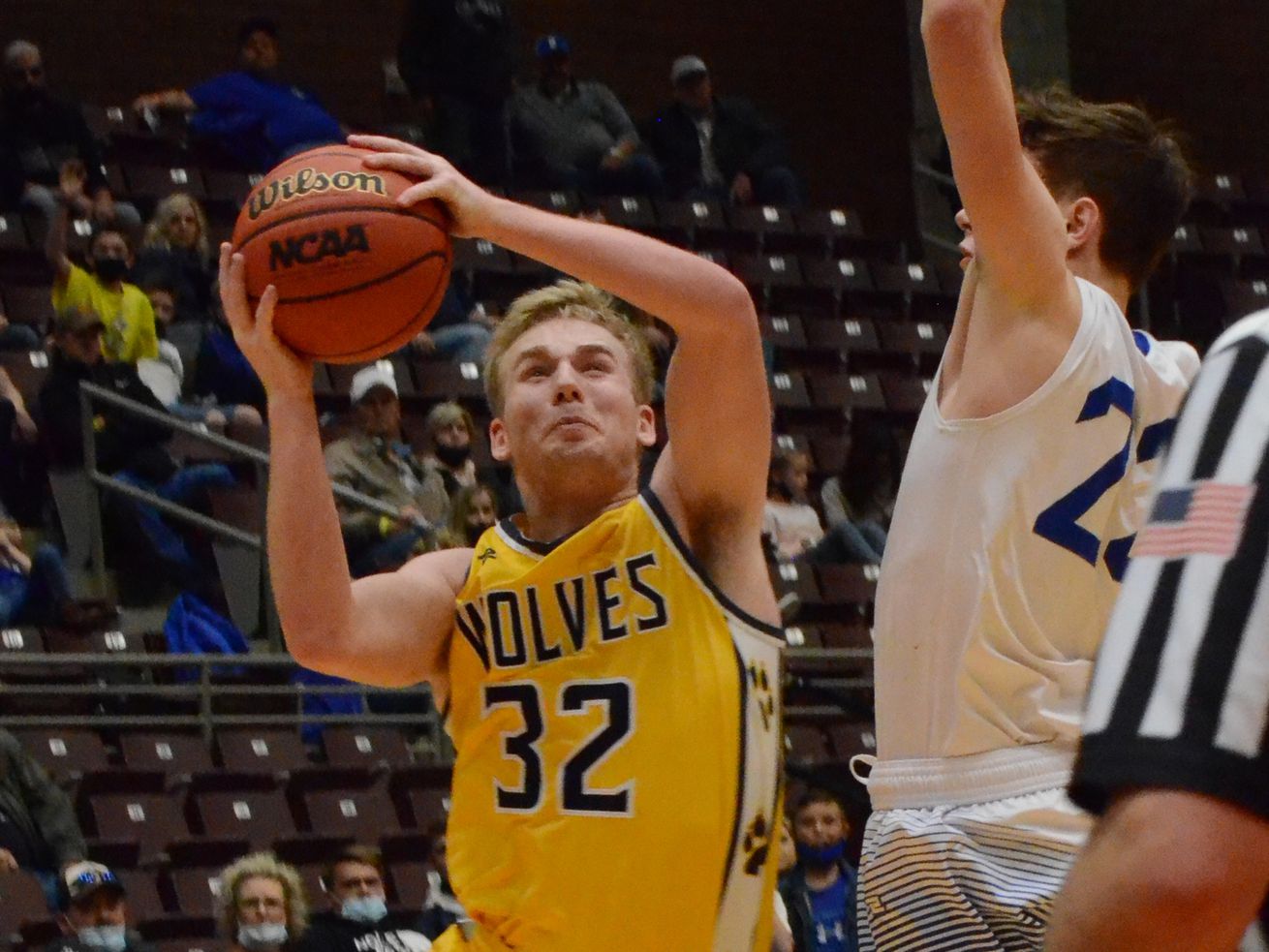 The Enterprise Wolves knew Tuesday’s semifinal wasn’t going to be easy, but they were able to pull out a 47-42 win over top-seeded Beaver.

Enterprise got up by six points in the first period, but by the half Beaver had knotted it at 17-all.

Enterprise was able to largely contain Beaver’s scoring in the third period, with the exception of Jake Eichorn, who scored all six of his points in the third stanza.

“They have worked hard all year to get back to this spot. They’re going to come in focused and try to take one home for our fans if we can.” — Enterprise head coach Bud Randall

“It was a good team effort,” Randall said.

Meanwhile, the Rams had five players punch it in to create a 29-25 advantage.

“We had to be smart and take care of the ball,” Randall said. “For the most part we were pretty smart with it and hit some free throws.”

The Beavers pulled to within two points with 17.4 seconds to go thanks to a 3-pointer from Crayton Hollingshead. Enterprise’s Tyler Hiatt, who totaled 13 points in the game, and Brackon Nelson, who totaled 10, both made free throws to finish off the game and punch their ticket to the championship against Layton Christian Academy.

“We were there last year and the kids remember losing that one,” Randall said. “They have worked hard all year to get back to this spot. They’re going to come in focused and try to take one home for our fans if we can.”

The Enterprise Wolves will be facing off against Layton Christian Academy’s Eagles in the final game of the season.

The Eagles knocked Parowan out of contention in a 50-46 game Tuesday evening.

“We knew Parowan was a good team,” said LCA coach Bobby Porter. He said the tournament has been full of good, physical basketball games both at home against Millard and on the road against Monticello.

“I knew Parowan would be the same,” Porter said.

While LCA controlled the scoreboard throughout the game, Parowan did give the LCA team a scare late in the fourth quarter. Parowan’s …read more