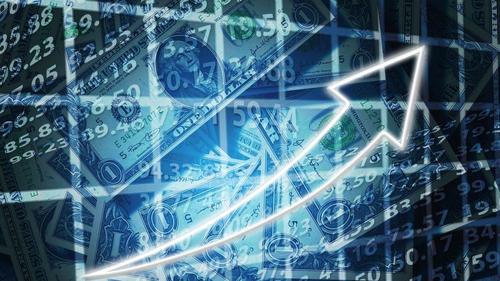 Commodities are booming. A lot of people seem to think this is a sign of pending economic growth. But in his podcast, Peter Schiff said it’s really a sign of inflation.

Most of the investment world continues to focus on the stock market and they’re not really paying attention to what going on in the commodities markets. And as Peter put it, that’s going to have a big impact on what happens in the supermarket.

Agricultural commodities, in particular, are on fire. We’re seeing five-year highs on many commodities. Corn was up 5% on Wednesday (Jan. 13). Wheat was up 4.73%. Oats and rice were up over 2%.

It’s not just agricultural commodities charting big price increases. Industrial metals are also up. Copper was up 2.13% on Wednesday and hit a 5-year high.

What’s driving prices for industrial metals, for agricultural commodities, it’s not strong economic growth. We’re not having record growth. In fact, we still have the pandemic. What’s driving commodity prices higher is the record growth in money supply. The Fed is cranking out money like it’s going out of style.”

The Federal Reserve is printing money to monetize the record US budget deficits. And it’s also expanding the money supply in order to keep interest rates from rising.

While yields on US Treasury bonds remain relatively low, interest rates have spiked significantly from their lows last spring and the trend is clearly up. This stands to reason given the huge numbers of bonds the US Treasury is issuing to fund the borrowing and spending.

Peter pointed out that we could easily see the yield on the 30-year Treasury quickly move from 2% to 4%. That would be a large move, but 4% remains low in historic terms.

It hasn’t been until recently that … the government was able to borrow for 30 years at 4%. That is a historically low cost of debt. But again, your cost of borrowing should commensurate with your risk and how …read more