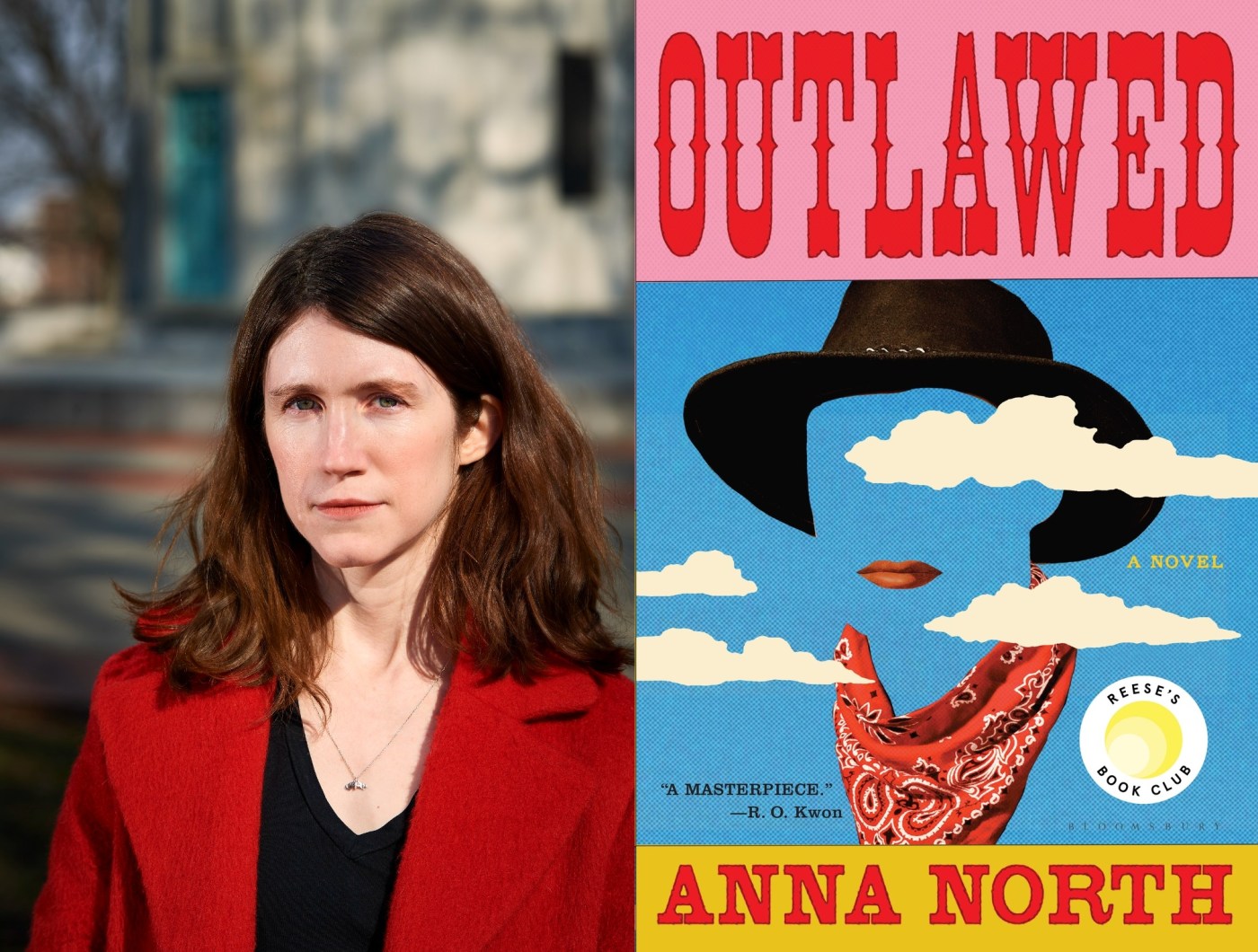 Author Anna North, whose previous novels include “The Life and Death of Sophie Stark” and “America Pacifica,” was finishing up copyedits on “Outlawed” as the 2020 pandemic swept the country. Set during an alternate history version of the Wild West, the story takes place after the U.S. has been devastated by one.

“I remember having a manuscript copy printed out, and I would take it to coffee shops and try to mark it up there,” the Brooklyn-based writer says by phone. “And the last time I took it to a coffee shop, I had my bleach wipes and I wiped down the countertop and I had my hand sanitizer and all that stuff.”

In the novel, women who don’t bear children are essentially outlawed: They’re cast out of society, sometimes deemed to be witches. When Ada, whose mother is training her to be a midwife, is unable to get pregnant soon into her marriage, she ends up on the run. Ada ends up with the Hole-in-the-Wall Gang, outlaws who band together to forge space for those cast aside by society.

“I started thinking about Westerns because I was already writing about this group of folks who were outside society,” she says. “This is a book about people who, in most cases, are made outlaws through no fault of their own.”

While she read about the real Hole-in-the-Wall Gang in late 1800s Wyoming, she also read a lot of Krazy Kat, George Herriman’s early 20th-century comic strip set in Arizona. North further references “The Gender Fluidity of Krazy Kat,” a 2017 New Yorker article about how the character doesn’t have a fixed gender throughout the series.

“I was thinking about the idea of the West as a place where gender norms could break down a little bit,” says North. North, who grew up in California, had a familiarity with the West. “Some of those landscapes just come more naturally to me even though I’ve lived in New York now for a long time.”

North says the title took a bit more time to land upon.

“It’s funny, for my first two books the titles came into my mind whole cloth and then I never had to think about them again,” says North, “and, with this one, I struggled a little bit more and I ended up sending a long list of titles to my writing group and having them vote and having my agent vote and this is …read more