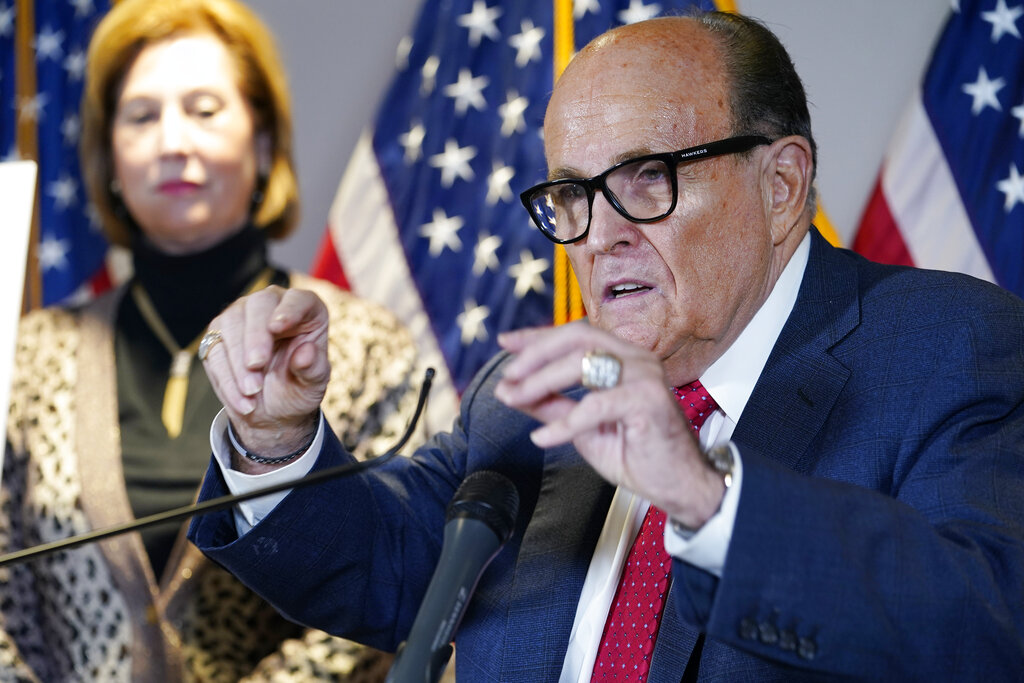 President Trump’s legal team held a press briefing on Thursday and said they can prove there was election fraud in multiple states involving more than enough ballots to reverse the election results.

It is true, and publicly documented, that Dominion Voting Systems technology was denied certification for use in Texas elections after an extensive review. “The examiner reports identified multiple hardware and software issues,” the Secretary of State’s Office wrote in a Jan. 24 statement explaining the rejection of Dominion’s Democracy Suite 5.5-A system, including “concerns” about whether it is “safe from fraudulent or unauthorized manipulation.”

And it is true that right here in California, security vulnerabilities in Smartmatic software were publicly documented as part of the Secretary of State’s conditional certification of the voting technology now in use in Los Angeles County. L.A. built its own proprietary system and uses Smartmatic software to run it.

The reports of tests on L.A.’s “Voting Systems for All People,” or VSAP, technology are available on the secretary of state’s website. The California Certification Software Test Report for VSAP Tally 2.1 — the software that counts the votes — concludes with this: “Potential vulnerabilities were identified.”

And the report includes this response from Smartmatic:

“Developer Response: Smartmatic staff has investigated this list of potential software security vulnerabilities. We find that most of these relate to Internet connected systems. Some could be exploited by trusted insiders, even without the system being inadvertently or maliciously attached to the Internet. We note that many are not easy to exploit or would not give an attacker meaningful access or capabilities that would allow undetectable manipulation or results or denial of service. A malicious trusted insider would likely attempt other avenues by which to subvert the voting system.”

One documented avenue: A “trusted insider” could use an “infected USB flash drive” to load malicious software into back-office servers and workstations.

Soccer-Loew to stay on as Germany coach despite 6-0 loss to Spain, says Bierhoff