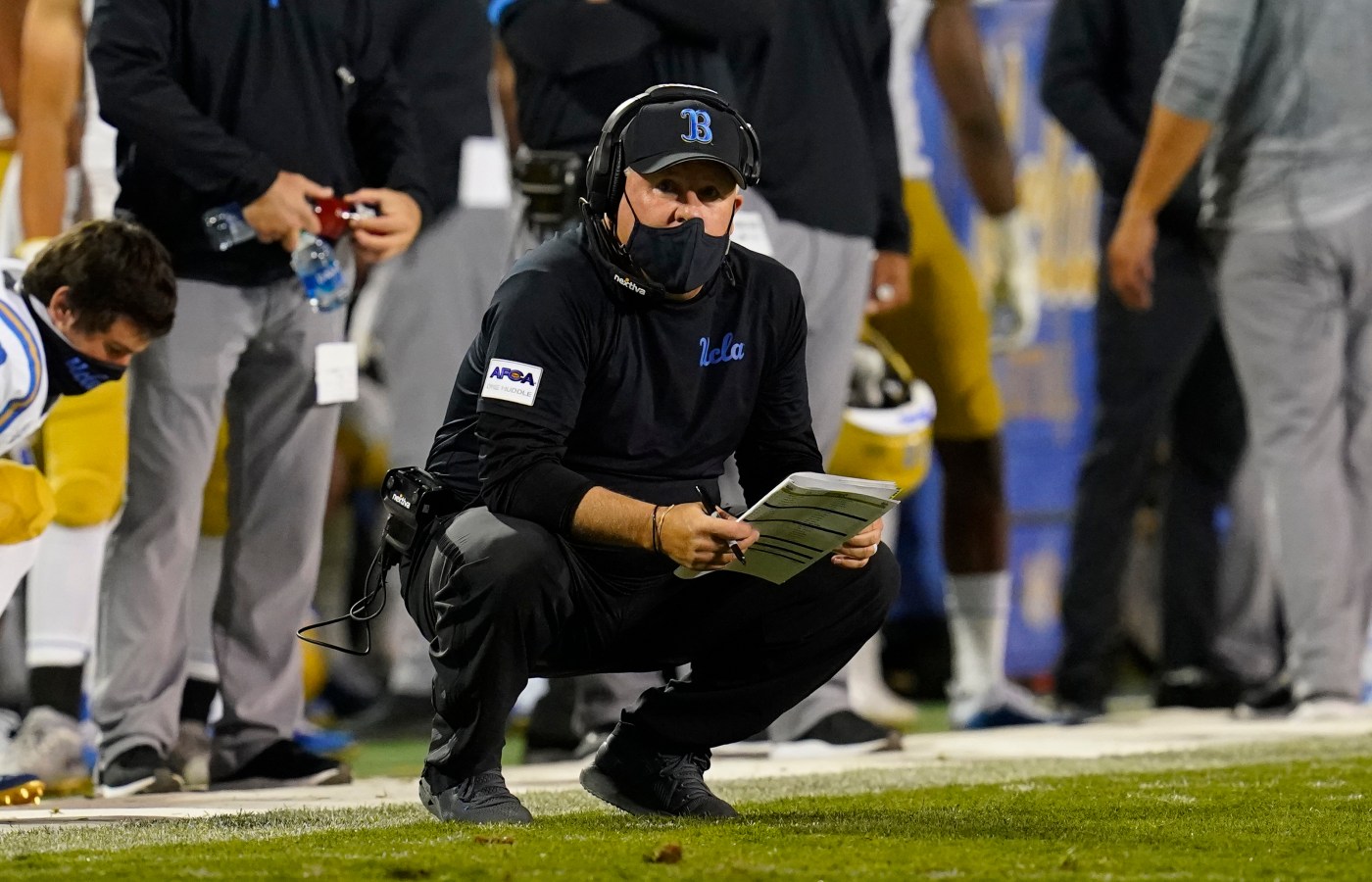 UCLA coach Chip Kelly said this one is on me.

UCLA’s best chance to beat No. 11-ranked Oregon on Saturday might have turned on a momentum swinging play with six seconds left in the half.

The Bruins, who had fought back from a 14-point deficit to take a 21-17 lead behind a redshirt quarterback making his first career start, could have simply taken a knee and walked into the locker room with all the confidence in the world.

Quarterback Chase Griffin, who had done a good job rallying the Bruins back as a replacement for third-year starter Dorian Thompson-Robinson, who missed Saturday’s game along with several others likely because of  coronavirus restrictions, was at the Bruins’ 44 with just six seconds left.

Instead of kneeling or running the clock out, Kelly called for a Hail Mary to end the half, and Griffin was hit as he was throwing the ball, forcing it to come up well short. The Ducks’ Jordan Happle was able to grab it and return it 58 yards for a touchdown and a 24-21 lead for the Ducks as the half expired.

“We just have to get the coach to stop making bad calls at the end of the first half,” Kelly said later.

The Ducks opened the second half with the ball and scored on their opening drive to take a 10-point lead, and it was a turn of events that the Bruins probably wish they had back.

“I know Chase can reach so we were just trying to throw one up at the end zone,” Kelly said. “We did it last year at the Washington State game and Chase (Cota) caught it but it ended up on the two yard line.

“I know in Pac-12 games you need as many points as you can so if you can get one on a tip or something there, who knows. We were just trying to throw one up and see if we can get a tip or make a play.”

“Obviously, you think if you don’t get the catch or the positive part of it at least we would get an incompletion,” Kelly said. ” But we had a lineman slip off and Chase didn’t have a chance to set his feet and throw the ball and the ball went straight up. It was not Chase’s fault, he tried to …read more