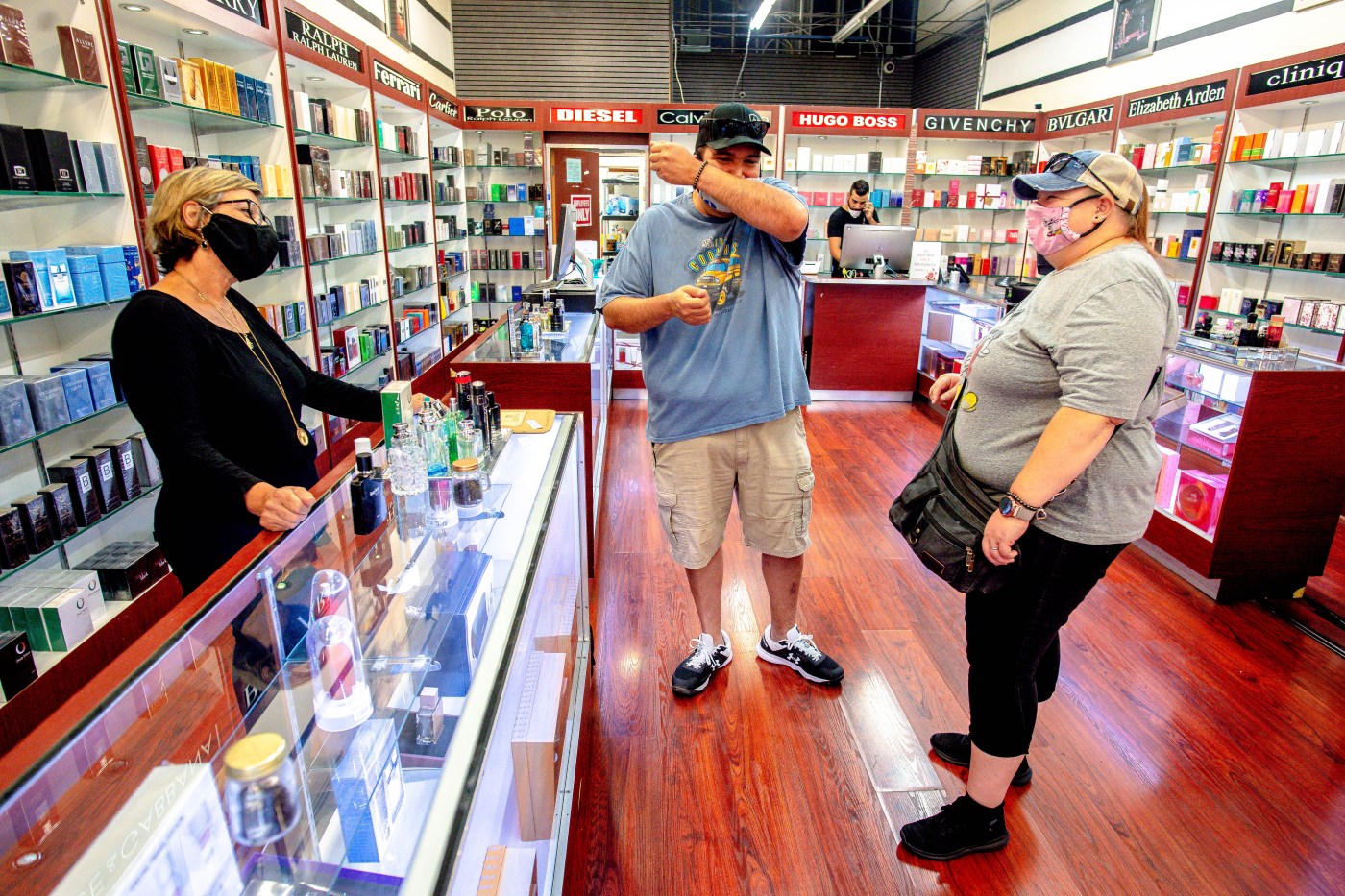 For more than a hundred years the high cheek-boned and tapered-waisted have flocked to Southern California seeking wealth and fame, but mostly fame. In my own extremely limited way, I too took the bait.

Granted, my bathroom mirror did not suggest a career on the big screen — at best a tiny blurry photo in the Sunday paper to accompany 600 words of rambling opining on subjects I am only marginally competent to discuss.

Still, as far-fetched as my dreams of superstardom may have been, at no time did I ever dream of coming to Hollywood to smell better. This was a mistake.

Today, you haven’t really arrived until you have your own fragrance.

While Ciara is undoubtedly talented and beautiful and Wilson is a former Super Bowl champion, I’m not sure smelling like a football player is a box many want to check. Yet the celebrity fragrance market has never been hotter.

This crept up on me. I don’t remember Carole Lombard or Jimmy Cagney having a line of perfumes. Nobody in the 1940s asked, “Who are you wearing?” And if they did, nobody would answer, “Walter Brennan.”

All this started to change when Mr. Leading Man himself, Cary Grant, began his long association with Faberge. Still, Grant did not put his name on the bottle. Smelling like a celebrity wouldn’t become a thing until Liz Taylor started hawking her “White Diamonds” in 2001. Now, just about everybody who’s anybody can be found at the perfume counter, including ballplayers.

‘90 Day Fiancé’: Evelin hints at split with Corey due to his alcohol abuse & addiction

Former Yankee great Derek Jeter has a fragrance — especially after a double-header. The Chicago Bulls’ No. 23 has 11 scents.

So now that Dodger shortstop Corey Seager has won the World Series’ MVP award, how about we rebrand Chanel No. 5 as Corey No. 5?

Still, ballplayers finish a distance second to actors and especially singers, some of whom have more smells than hits.

Mariah Carey has six scents. Justin Beiber has three. J-Lo has a solid eight fragrances, Rihanna has nine and Christiana Aguilera tops out at 13. But the champ of them all is Britney Spears who leads the league with 30 perfumes, all of which smell like her father, per a judge’s order.

‘Too Many Mistakes Made’: Texas Parents Told Their 5-Year-Old Daughter Was ‘Fine’ After COVID-19 Diagnosis, She Died Less Than 24 Hours Later