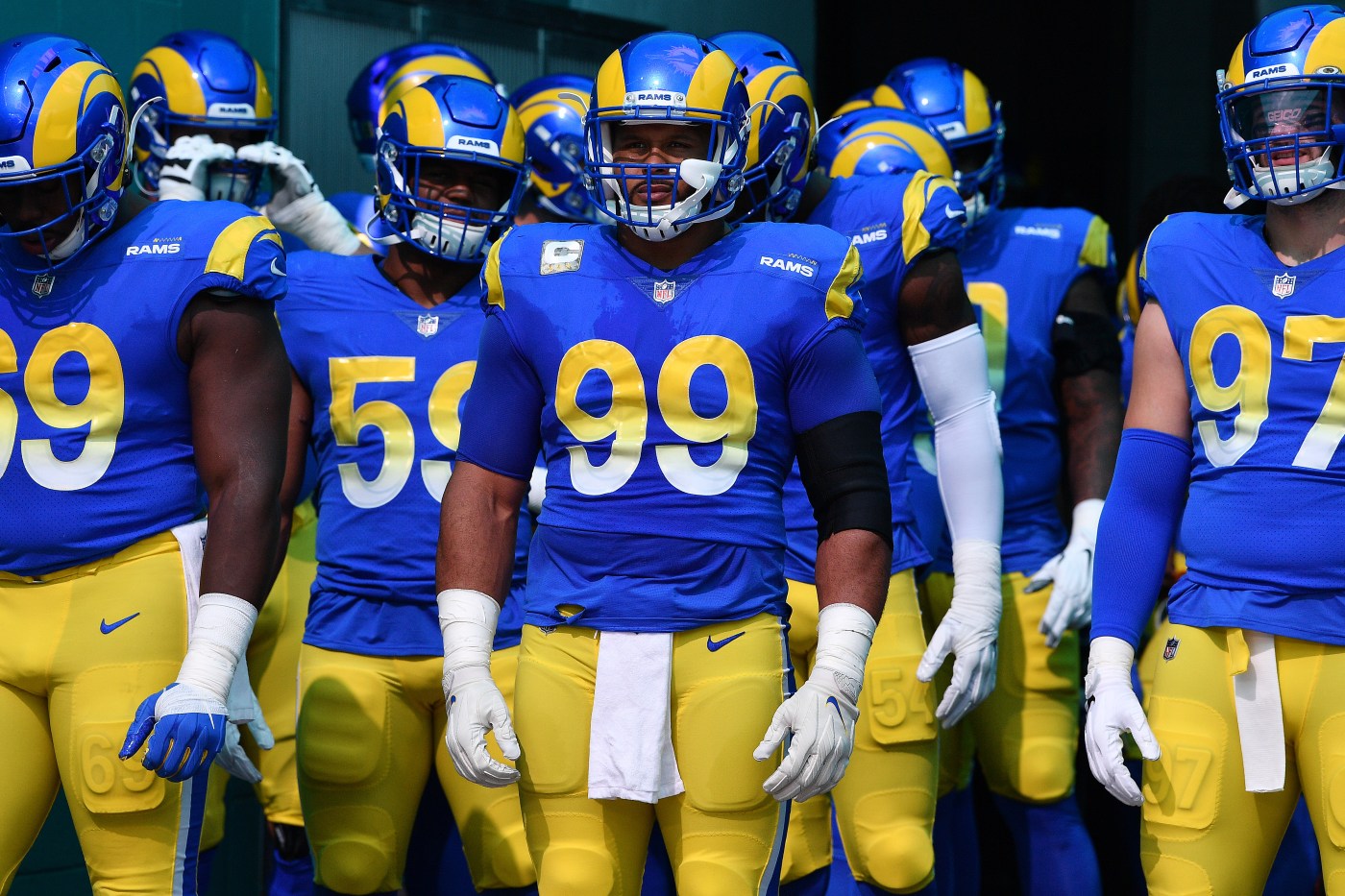 What’s at stake? A Rams win would give them the NFC West lead for the first time, lift them from sixth to third in the NFC seedings, and prove they can put sharp efforts back to back after an up and down month. Having beaten Russell Wilson and Seattle, the defense faces another good passing team in Tom Brady and four Pro Bowl receivers.

Who’s better? Tampa Bay. The Bucs have won with offense and defense, while the Rams wonder what happens if they’re forced to win with offense. Pro-football-reference.com’s Simple Rating System, based on point margins and schedule strength, rates the Bucs second best in the NFL (just below Kansas City), the Rams ninth.

Rams win if: If the Jalen Ramsey, Darious Williams and the defensive backs hold their own and Aaron Donald, Leonard Floyd and the pass rush sack Brady two or more times. If QB Jared Goff can get a 100-yard game out of Robert Woods or Cooper Kupp, who are due to break out. If the new kicker — Matt Gay or Austin MacGinnis — restores reliability.

Matchup to watch: Ramsey against the world. After holding Seattle’s D.K. Metcalf to two catches in the Rams’ last game, the cornerback tries to shut down another big wide receiver in Tampa Bay’s Mike Evans, who has caught eight touchdown passes. But Ramsey also could face up to Antonio Brown, whom he calls a Hall of Famer.

Fantasy sleeper: Tyler Higbee. The tight end should be back at full strength in his second game back from a hand injury, and the Rams figure to throw more against Tampa Bay’s defense. The Bucs are in the bottom 10 at defending against tight ends.

Prediction: Bucs 24, Rams 19. Las Vegas sees it as Bucs 26, Rams 22. There’s no doubting the L.A. defense, but the offense must prove itself against a team that gave up the third fewest yards per play and shared the lead in takeaways as the weekend began.

Exclusion of mental health as grounds for assisted death is likely temporary: Lametti