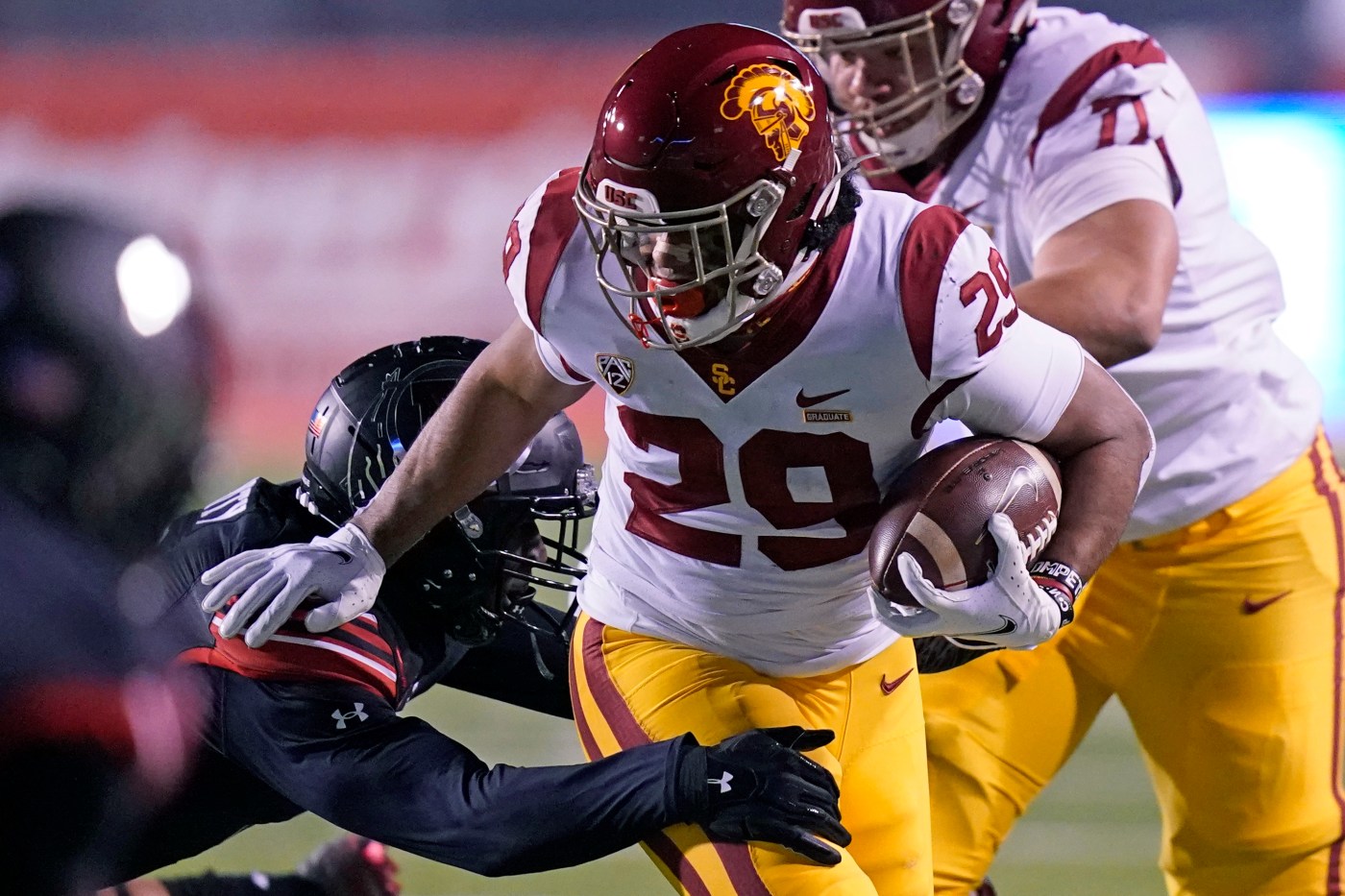 Here are five key numbers from USC’s 33-17 win over Utah:

That’s how many third downs the USC defense allowed Utah to convert in the second half. Overall, the Trojans held the Utes to 3-for-11 on third down.

That’s how many combined tackles for linebackers Ralen Goforth and Kana’i Mauga. The game was a coming out party for USC backers, even without starter Palaie Gaoteote IV (concussion).

That’s how many yards USC averaged per carry against the Utes, down from the previous week’s 5.4. USC was without leading rusher Markese Stepp (pectoral strain), but gaining 93 yards was well below USC’s stated goals.

That’s how many targets freshman receiver Bru McCoy received, leading the Trojans. He came down with five of them for a career-high 66 yards as he becomes a bigger part of the USC offense.

That’s USC’s conversion rate on third downs, a recurring area of concern for the Trojans this year. This was the exact same rate as last week (5 for 13).