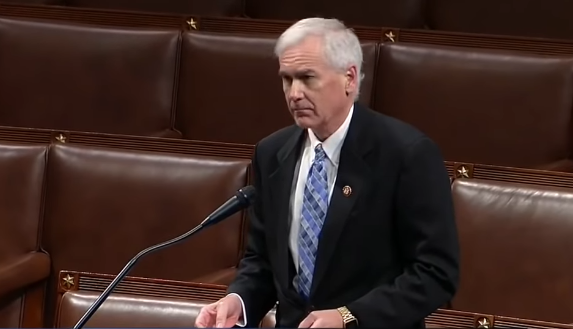 In a Wednesday speech from the House floor, Rep. Tom McClintock (R-CA) used what’s commonly known as sarcasm to mock California Governor Gavin Newsom’s hypocritical and “idiotic” COVID-19 restrictions, after he violated his own advice at an upscale dinner party over the weekend.

Newsom issued a misleading apology for breaking his own mandates during a dinner party at the French Laundry restaurant in Yountville, CA for a high-level lobbyist. In attendance were members of the California Medical Association.

“I rise this morning in defense of Gov. Gavin Newsom, who recently defied his own idiotic COVID edicts as he partied at one of the few restaurants that’s not yet been forced out of business,” McClintock began, mockingly.

“I defend him because he was doing what we once all did in a free society: make our own decisions over what risks we’re willing to run and what cautions we’re willing to take according to our own circumstances to protect our own health.”

Now, before we get to the MSM’s ‘presentation’ of McClintock’s speech, here’s more of it followed by a clip for your edification:

“Every time we step outside our homes, the risks that we face multiply. A free society assumes that it’s citizens are competent to assess those risks, balance them against the avoidance costs, and to manage their decisions in a generally responsible way. It’s called common sense. And it’s a necessary prerequisite for self-government and liberty. The choices that octogenarian with emphysema might be very different from those of a healthy governor of California. Only a fool would claim the omnipotence to make an informed judgement for every person in every circumstance in every community.

Now – here’s how journalists for mainstream outlets presented it using what’s commonly known as “journalistic malpractice” in a world reduced to headlines, where nearly 60% of all links shared on social media have never actually been clicked.

(Perhaps the Sacramento Bee was making amends for allowing an Op-Ed contributor to excoriate Newsom over the dinner).