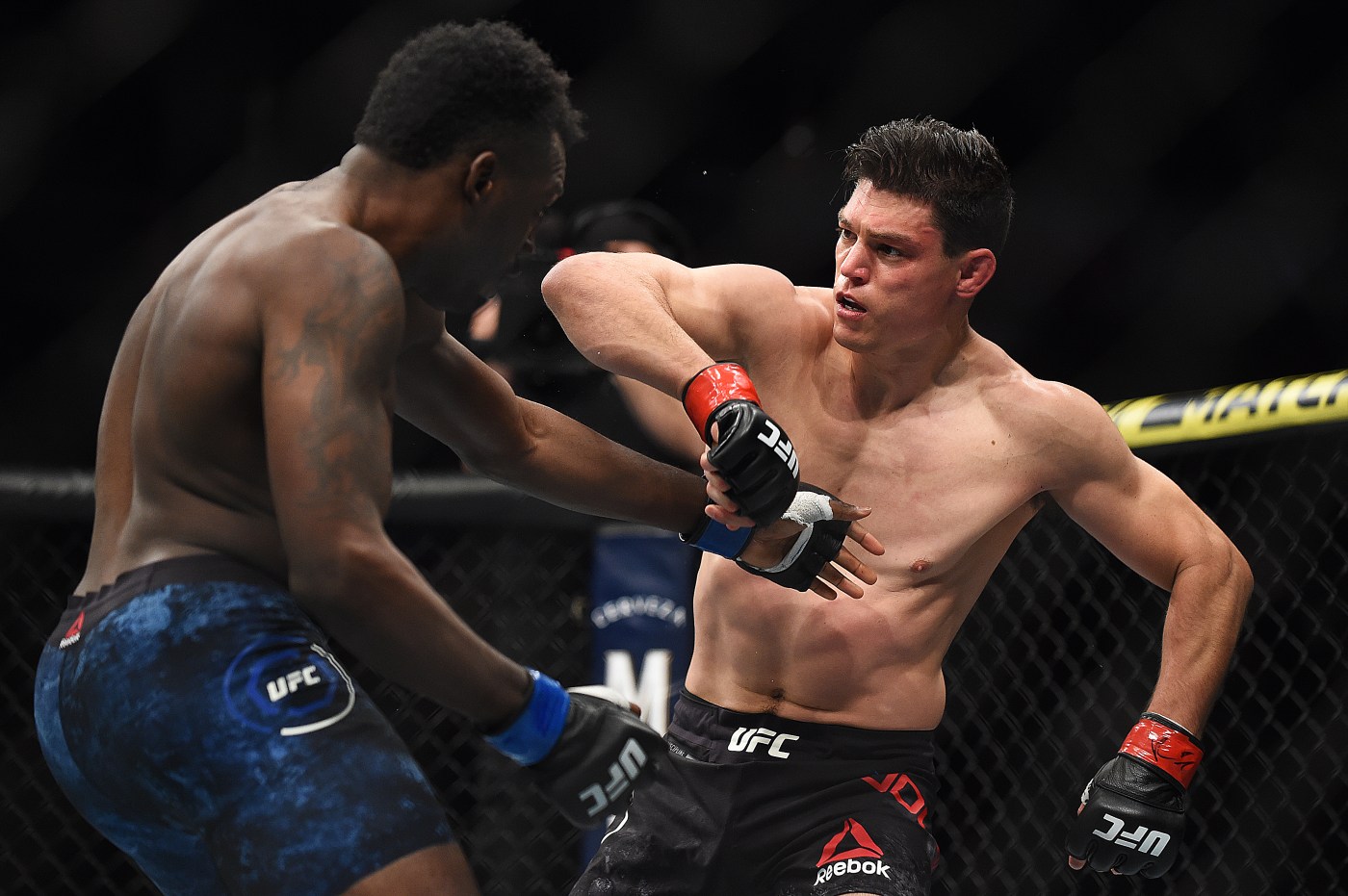 Alan Jouban’s last fight left him frustrated. His fight Saturday night has him excited. And his next fight is a gigantic question mark.

The Los Angeles welterweight finds himself at a potential career crossroads when he enters the Octagon for the first time in 19 months to take on Jared Gooden at UFC 255 at the UFC Apex in Las Vegas.

Jouban calls this the biggest fight of his life.

Jouban (16-7) is under no disillusions about his career. He is days away from his 39th birthday.

His professional MMA career started nearly 10 years ago in Lemoore, California, and in his 12 UFC fights over the past six-plus years, the 170-pounder has fought in Brazil, Australia, London and Mexico City.

But all good things must come to an end. Jouban knows that. It’s when it all ends that is the unknown.

“If I’m completely honest … I feel great. I’m so happy to feel that way,” said Jouban, whose wife, Nicole, and 8-year-old son, Cage, will be in Las Vegas but can’t see him until after the fight due to coronavirus protocols.

“I know the end of my career’s coming up – I’ll be 39 a couple days after my fight – so I know I don’t have that much longer.  And I really don’t know if it’s one fight or it’s five fights, I don’t know. So everything right now in my career, play it day by day.”

One certainty is that Jouban will leave no doubts this fight. At UFC 236 in April 2019, Jouban took what opponent Derek Grant gave him, which wasn’t much. Jouban figured, with Grant backing up most of the fight, he had at least outworked him and had the edge in Octagon control.

In a first for a Jouban fight, the Atlanta fans booed the lackluster pace and then the outcome – a split decision for Grant. One judge scored it 30-27 for Jouban versus two 29-28 cards for Grant.

“I try not to look back on that one too much because I get sparked on that one,” he said.

Jouban knows Gooden (17-4) poses some problems Saturday. The 26-year-old from Atlanta has won his …read more