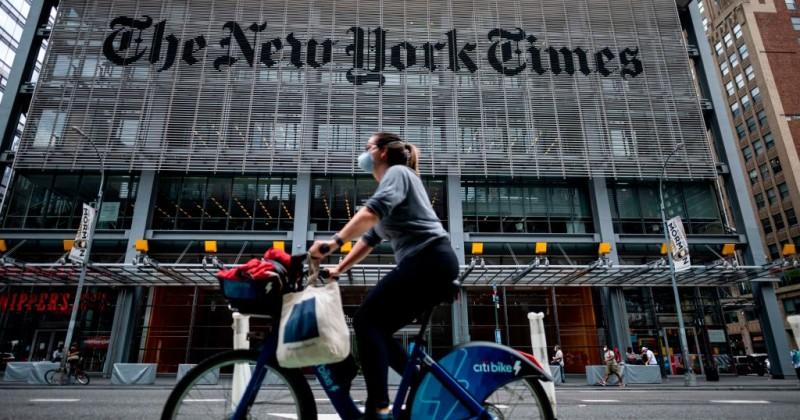 On the same day that the World Economic Forum heralded “The Great Reset” as a positive way to build “future resilience to global risks,” the New York Times declared the entire thing to be a “conspiracy theory.”

The NYT was apparently upset that “The Great Reset” was trending on Twitter and published an article declaring it to be “A baseless conspiracy theory about the coronavirus.”

In reality, the WEF, NGOs and world leaders have for months been hyping the need to exploit the “opportunity,” in the words of Justin Trudeau, provided by the pandemic to achieve “The Great Reset”.

The NYT report mentioned Trudeau, but buried the fact that he had openly labeled COVID-19 an “opportunity” during a UN conference call.

On the same day the Times asserted that the issue was a fever dream of “far-right internet commentators,” the World Economic Forum itself celebrated “The Great Reset” as a way to build “future resilience to global risks.”

The NYT report then calls it an “unfounded rumor” that elites are using the pandemic “to impose their global economic control on the masses,” despite the fact that Davos globalist Karl Schwab specifically announces this very agenda in his recent book, COVID-19: The Great Reset.

As we previously highlighted, Schwab also openly endorses a technocratic dictatorship whereby people would accept implantable microchips that can read their thoughts as well as brain scans to be allowed to travel.

Suffice to say, the Times completely failed to mention Schwab’s book at all.

So in other words, in its attempt to persuade people that the elite aren’t pursuing a nefarious “Great Reset,” the newspaper of the elite lobbied to have information about this “conspiracy” (which doesn’t exist) removed from public consumption.

In the age of mass Silicon Valley censorship It is crucial that we stay in touch. I need you to sign up for my free newsletter

Shrem: Bretton Woods 2.0 Is Knocking At The Door, And It’s Not Here To Help