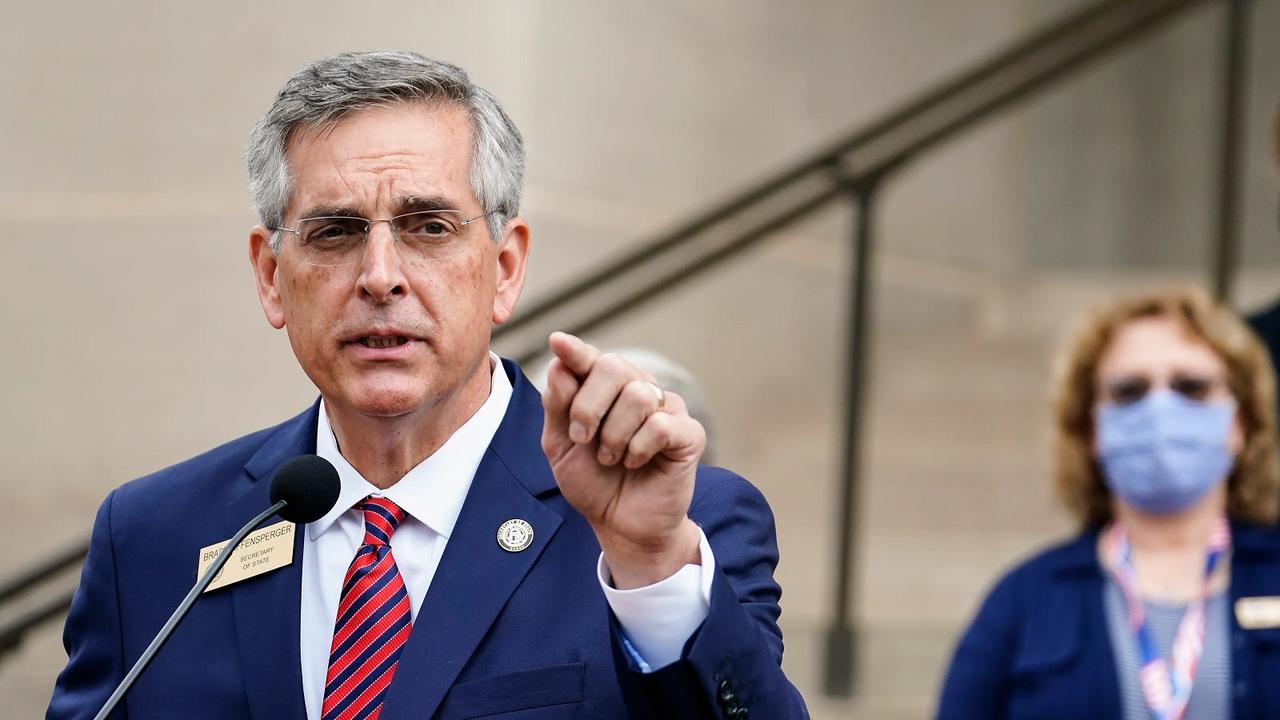 Georgia Secretary Of State Lashes Out Over ‘Baseless Allegations’ Regarding Signature Mismatches, Dominion

Georgia Secretary of State Brad Raffensperger, a Republican, lashed out on Monday over ‘baseless’ accusations coming from President Trump and his allies, including Sen. Lindsey Graham (R-SC), questioning the validity of ballots cast in the state, according to the Washington Post.

In a wide-ranging interview about the 2020 election, Raffensperger expressed exasperation with a string of baseless allegations coming from Trump and his allies about the integrity of the Georgia results, including  claims that Dominion Voting Systems, the Colorado-based manufacturer of Georgia’s voting machines, is a “leftist” company with ties to Venezuela that engineered thousands of Trump votes not to be counted. -Washington Post

“Other than getting you angry, it’s also very disillusioning,” said Raffensperger, who says both he and his wife have received death threats in recent days. “particularly when it comes from people on my side of the aisle. Everyone that is working on this needs to elevate their speech. We need to be thoughtful and careful about what we say,” he added.

While the Post doesn’t directly address it, the central issue regarding ballots is a March ‘Consent Decree’ enacted by Raffensperger and approved by Governor Brian Kemp, allowing for the ‘curing’ of ballots bearing signatures that don’t match state records, but only through a complicated process. Previously, mismatched ballots would be invalidated.

The Consent Decree signed by the Georgia Secretary of State, with the approval of Governor @BrianKempGA, at the urging of @staceyabrams, makes it impossible to check & match signatures on ballots and envelopes, etc. They knew they were going to cheat. Must expose real signatures!

Raffensperger has been accused in a new lawsuit of ‘unilaterally, and without the approval or direction of the Georgia General Assembly,’ changing the process for handling absentee ballots – authority which rests with the legislature and not the Secretary of State or the Judiciary, which would therefore invalidate improperly counted absentee ballots.

I filed a lawsuit today in federal court in Atlanta to establish that the March 6, 2020 Consent Agreement by the GA Secretary of State rendered UNLAWFUL the 11/3 GA …read more

James Wesley Rawles: Ready Yourself For A Turbulent 2021 And Beyond