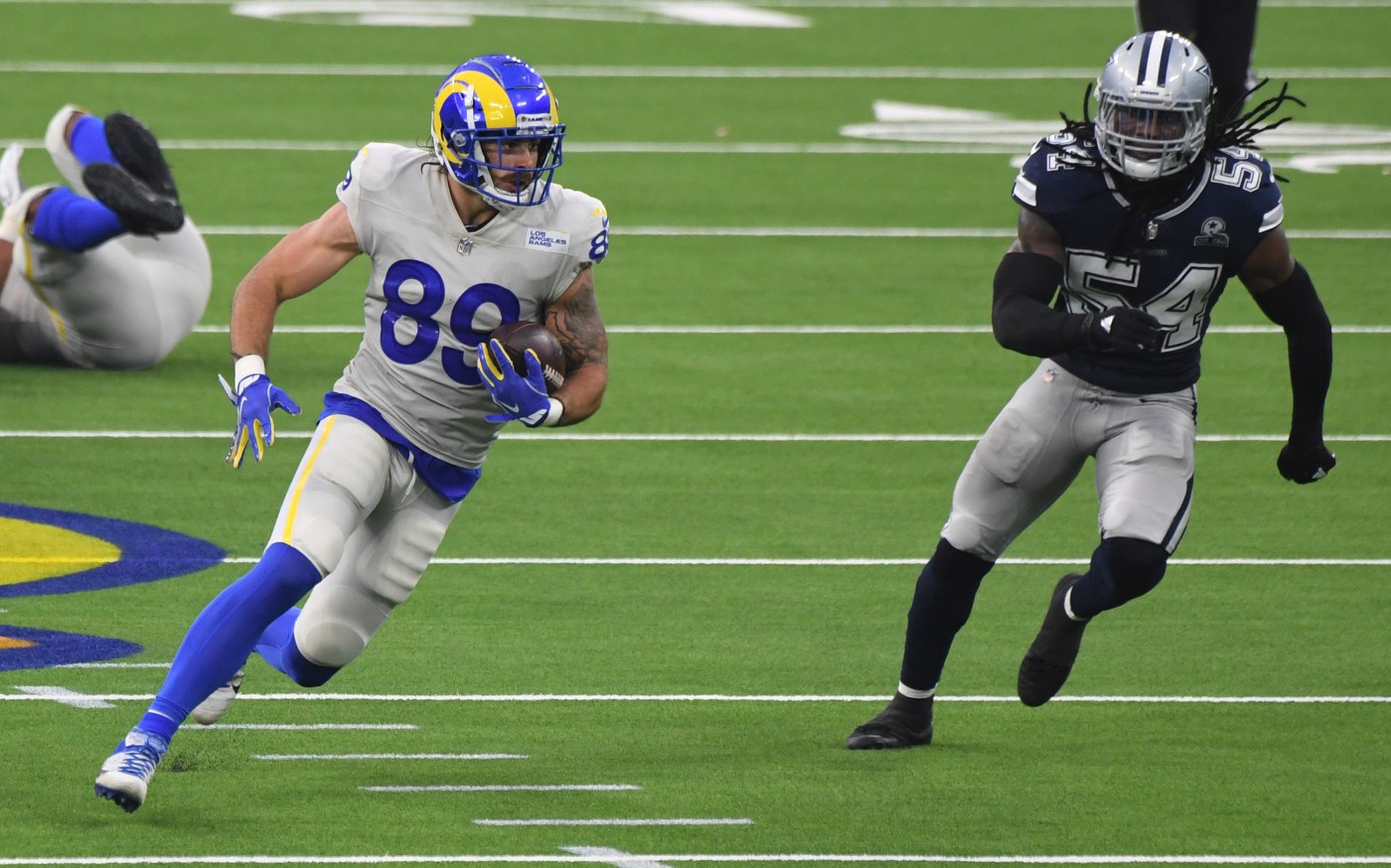 THOUSAND OAKS — The Rams go into the second half of their schedule looking for this year’s late-season star, this year’s stretch-run spark, this year’s Tyler Higbee.

It could be Tyler Higbee himself.

In 2019, the tight end took advantage of improved health and increased opportunities to help revive the Rams’ offense with his record-setting stretch of pass-catching in Weeks 13 to 16.

In 2020, he says he has recovered from a hand injury and hoping to earn a bigger role in the run of crucial games that begin Sunday when the Rams (5-3) host the Seattle Seahawks (6-2).

Higbee isn’t the only Rams player who could be more productive in the second eight games than he was in the first.

There are rookies. Running back Cam Akers, safety Jordan Fuller and linebacker Terrell Lewis have had their production curtailed by injuries. Akers could play more as he learns his blocking assignments. Coach Sean McVay praised Akers’ and wide receiver Van Jefferson’s recent work in practice.

There’s defensive lineman A’Shawn Robinson, the offseason signing finally set to make his Rams debut Sunday after being sidelined by a respiratory condition.

There’s linebacker Justin Hollins, coming off his two most productive games against Chicago and Miami.

And there’s Johnny Mundt. The Rams’ third tight end behind Higbee and Gerald Everett had a breakout game in the win over the Bears. Mundt was the first player McVay mentioned when he was asked Friday who might emerge in the next eight games.

Mundt was playing because Higbee missed the Bears game after bruising his left hand early in the loss to San Francisco.

But Higbee returned to catch two of the four passes Jared Goff threw his way in the loss at Miami, his hand protected by what McVay called a “Robocop contraption,” making the 27-year-old feel “like Thanos or something.”

McVay praised Higbee’s toughness, something the Rams learned about when the fourth-year pro who’d just signed a four-year, $29 million contract extension tried to stay in an early 2019 game after suffering a bruised lung and coughing up blood on the sideline.

“I’ve got some dog in me. So I just fight through it. We’ll be all right,” Higbee said Thursday.

He probably was never going to match last December, when his recovery from the lung injury, Everett’s own knee injury and McVay’s increased use of two-tight-end …read more