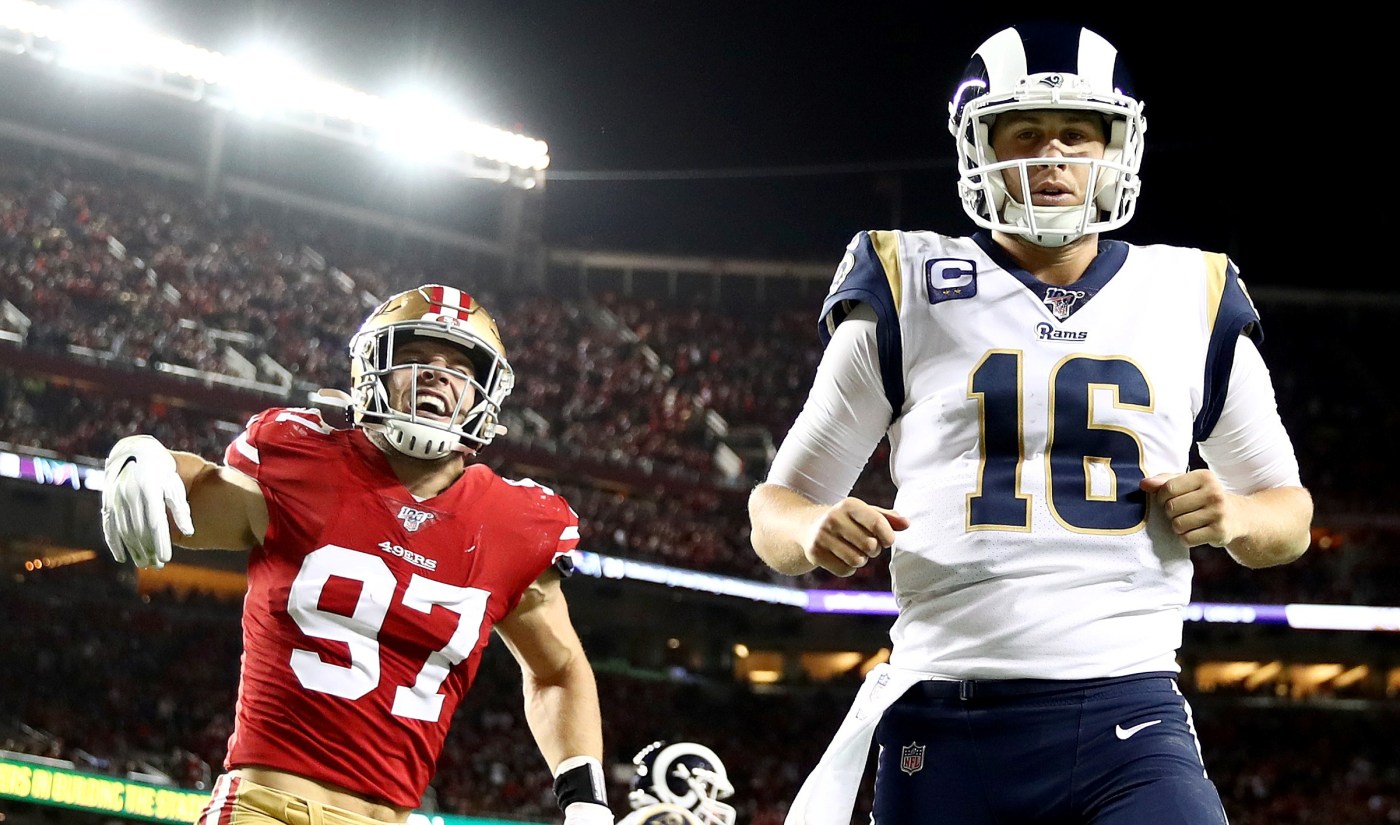 The Rams travel to Santa Clara to play the San Francisco 49ers in the Sunday night game.

The 49ers are coming off a 43-17 loss against the Miami Dolphins last week, while the Rams have won their last two games.

Rams at San Francisco 49ers: Who has the edge?

Rams’ Aaron Donald is always ready for a ‘dogfight’ vs. 49ers

Rams and Jared Goff have saved their best for first