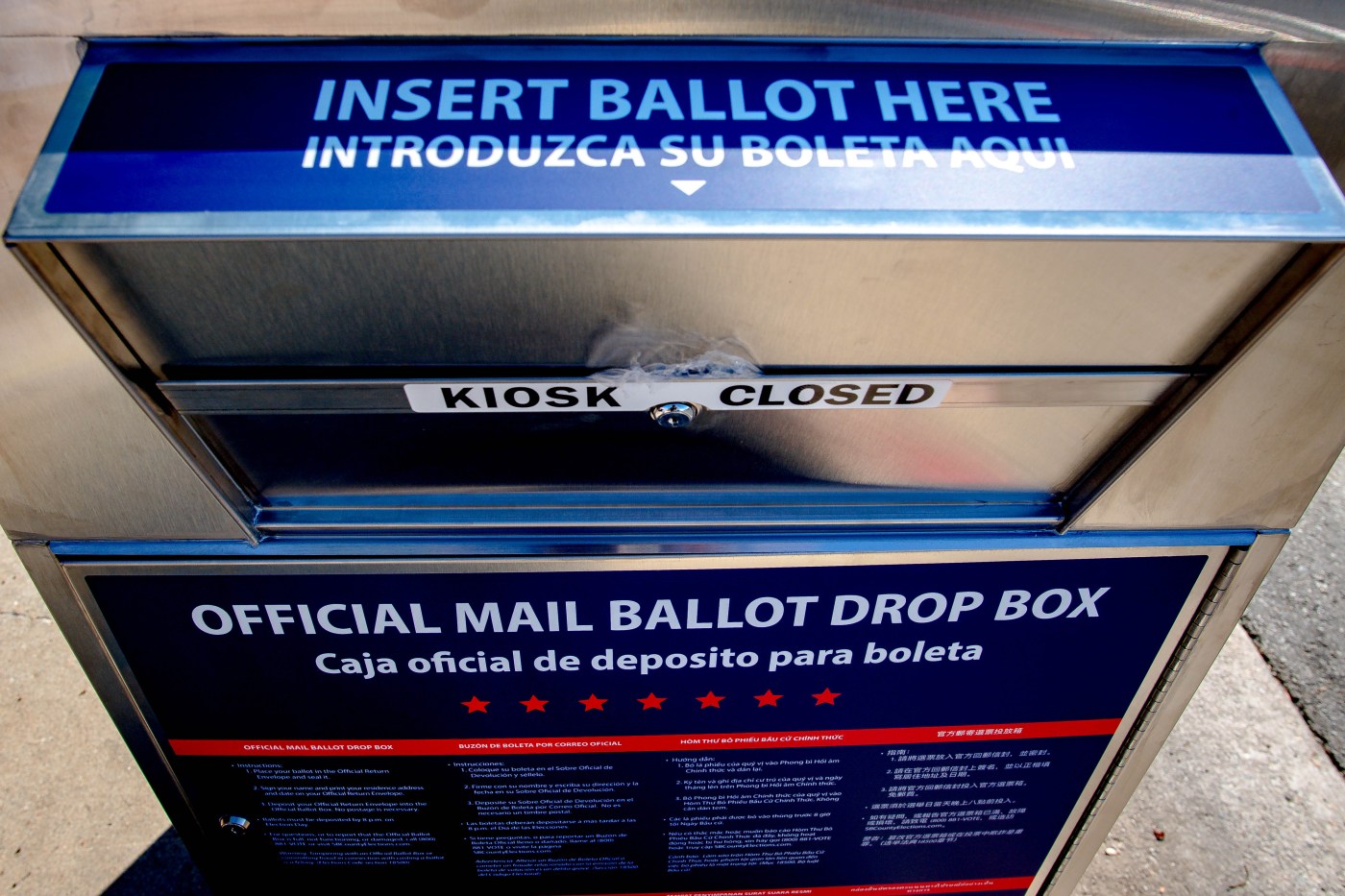 Every ballot item in every election is important to somebody. But, in truth, some items are more symbolic than others, change that reflects something happening in society.

Here’s a look at some of those interesting ballot questions – about people, ideas, money – in front of voters in Los Angeles, Orange, Riverside and San Bernardino counties.

District Attorney: The fact that there’s any race at all for District Attorney in Los Angeles shows just how radically the political environment has shifted in recent months.

In March, incumbent Jackie Lacey almost won the primary without a runoff. Today, weeks before the general election, her endorsements are disappearing and polls show a tight battle with challenger George Gascon, a former San Francisco District Attorney who left his old job specifically to take on Lacey. He’s a former Los Angeles police officer who describes himself as a progressive prosecutor. A choice of Lacey or Gascon figures to be seen as a statement about social justice in Los Angeles.

Second District Supervisor: A pair of veteran Los Angeles-area politicians, City Council member Herb Wesson and state Sen. Holly Mitchell, are fighting it out for the open second-district seat on the Los Angeles County Board of Supervisors.

The two Democrats agree on many issues, but differ in style. Whoever wins will make key decisions for a district that runs from the South Bay and into downtown Los Angeles, including Carson, Inglewood, Koreatown and part of East Hollywood.

Measure J: In recent years, politicians and activists on both sides of the political aisle have pushed to reduce the number of people in jails and prisons. Measure J could push the concept forward, setting aside 10% of locally generated unrestricted money in L.A. County’s budget – possibly up to $500 million a year – for programs that would serve as alternatives to incarceration. It could mean more money for job training, rent assistance, mental health services and substance abuse treatment.

25th Congressional District: A Trump supporter vs. a liberal Democrat. A district that embodies what “purple” looks like in this election season. Elisabeth Moss is set to star in a movie about Katie Hill, the high-profile freshman Democrat who stepped down last year in the wake of a double-reverse, #MeToo sex scandal that included a strong whiff of media misogyny.

For a single ballot question – who should represent CA-25 in the House? – that’s a lot of baggage.