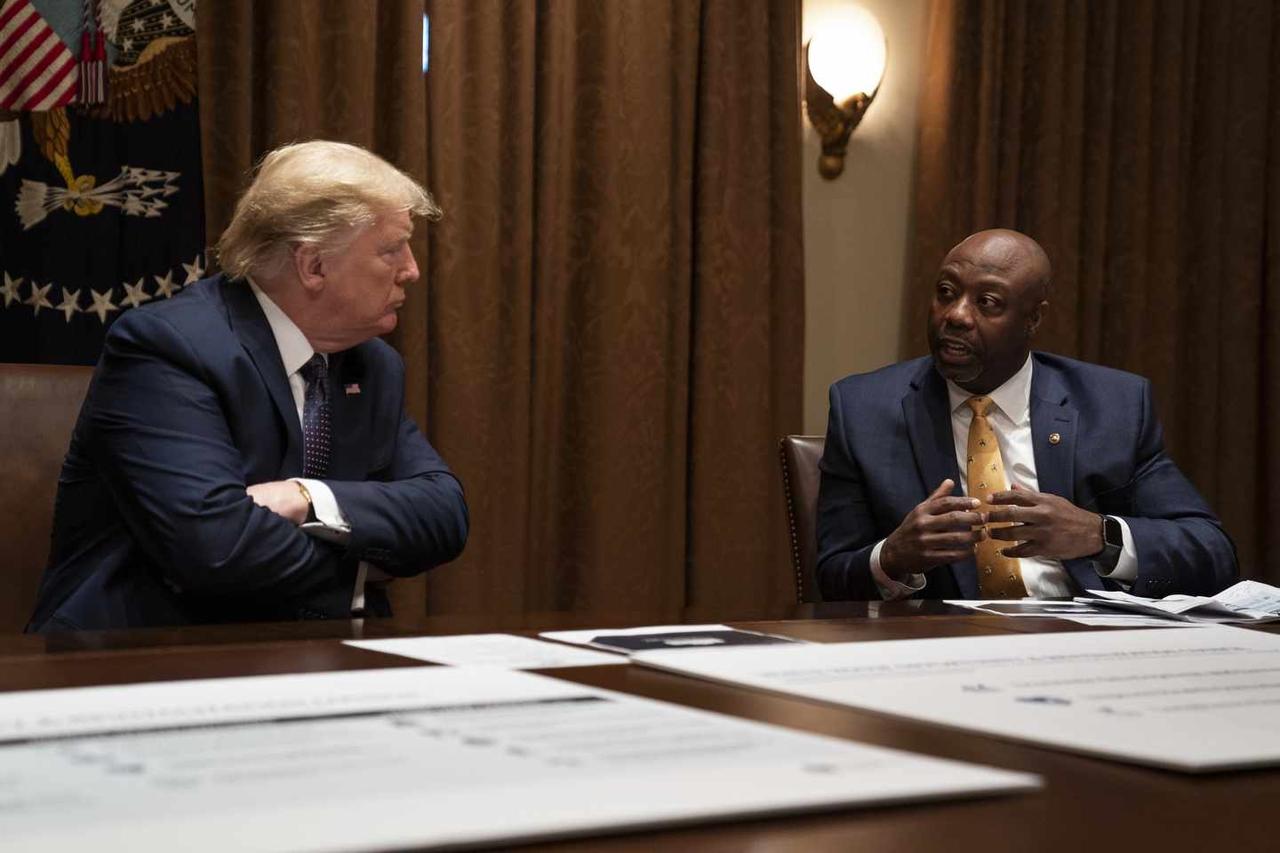 2020: Year Of The Black GOP Renaissance, Thanks To Trump

Authored by Paris Dennard via RealClearPolitics.com,

Twenty-seven Black Republican candidates are running for Congress this election, and that is a good thing for the Republican Party, our political system, and our entire country.

In 2016, when Republican National Committee (RNC) Chairwoman Ronna McDaniel headed the Michigan GOP, all the political pundits and pollsters wrote off the state as fly-over country and certainly did not think a Republican could do well there. And yet Donald J. Trump beat Hillary Clinton and won that diverse state. The investments and effective campaigning laid the foundation for 2020.

The RNC, in addition to running print ads in Black newspapers and hosting GOTV events from our Black Voices for Trump Community Centers, just launched a new seven-figure voter-contact initiative to directly target and engage with Black voters in urban communities all over the country, safely knocking on doors to get out the vote for President Trump.

Today in Michigan, veteran businessman and rising GOP star John James is running to be the next U.S. senator from that state. After serving in the military for eight years and earning a Combat Action Badge and two Air Medals, James went on to become president of James Group International, growing the family business into a major trading partner in the Michigan auto industry. He knows what it takes to achieve the great American comeback for his state. John James and President Trump are two leaders made in the USA for this moment.

Trump is wrong that windmills 'kill all the birds,' but Biden's nonexistant 'tiny, small windows' plan would help

While James hopes to join South Carolina’s Tim Scott (pictured above) in the Senate, 26 Black Americans are running as Republican nominees to make history in the House of Representatives. Can you imagine how courageous you have to be to run in 2020 as a Black Republican, with all of the vitriol and cancel culture attempts from the radical liberal left?

Whether it is Joe Biden saying “You ain’t black,” or MSNBC calling Black Republican candidates Burgess Owens and Kimberly Klacik part of a “modern day minstrel show,” these men and women are leaders who care, and who are inspired by another leader – a man who took the opposition head on, ignored pundits and pollsters who doubted him, and won. That leader is President Trump.

Futures Slide Ahead Of Final Debate, On Lack Of “Stimulus Optimism”

Neel Kashkari Is The Definition Of “Moral Hazard”