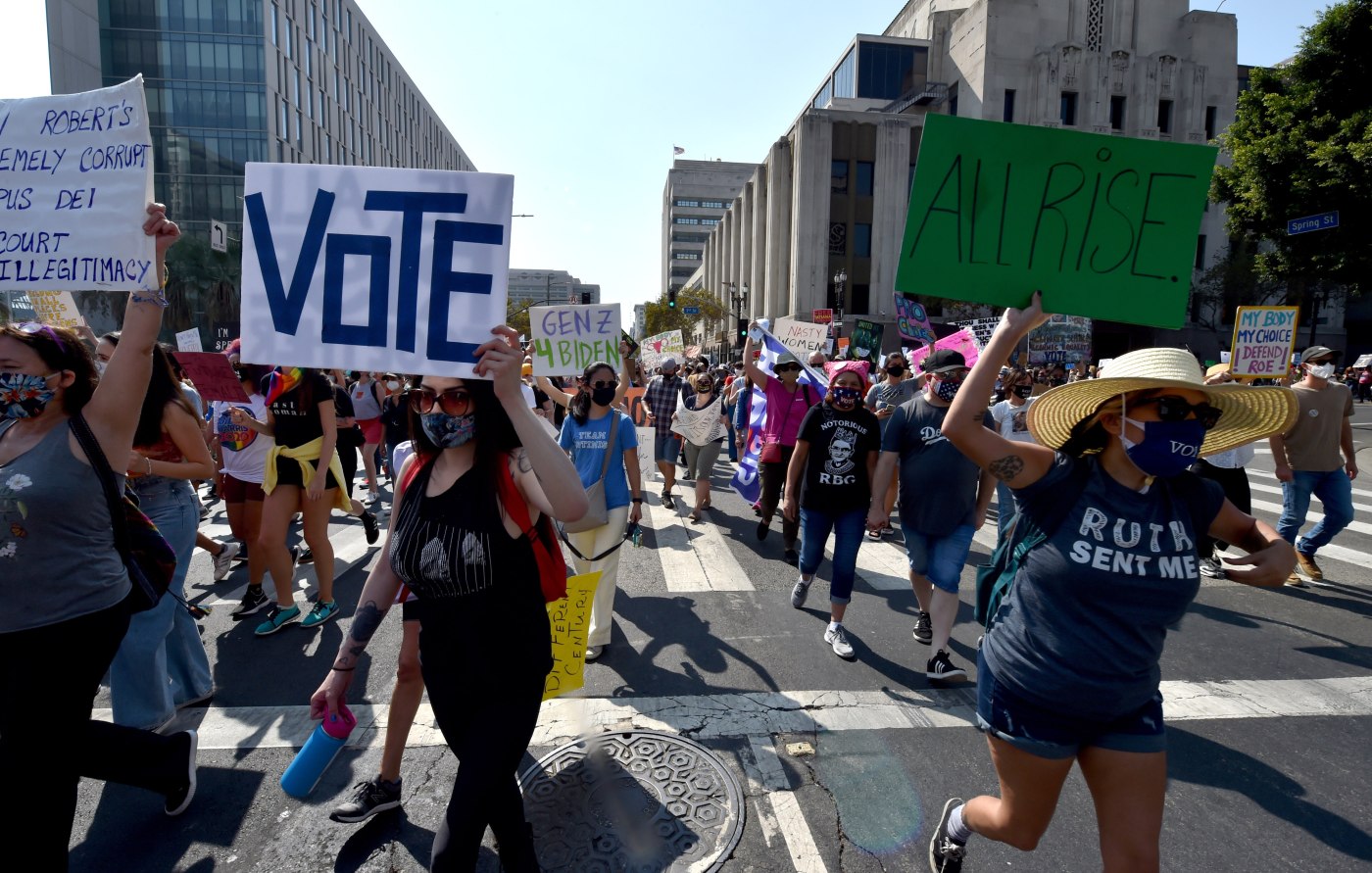 Women around the nation participated in a series of pre-election demonstrations on Saturday, including a march in downtown Los Angeles, focusing on women’s reproductive issues, getting out the vote and protesting the Trump Administration’s efforts to replace the late Supreme Court Justice Ruth Bader Ginsburg.

A number of virtual events, voter registration drives, phone banking efforts and text messaging campaigns also were on the agenda.

In addition to the Los Angeles march, gatherings were scheduled in other parts of Southern California, including Pasadena, Long Beach, Torrance and Laguna Niguel.

In Seal Beach, demonstrators jammed Main Street as cars squeezed past pedestrians. Jennifer Corday, an unemployed singer/songwriter, sang such tunes as “I am Woman” by Helen Reddy, who died last month, and Gloria Gaynor’s anthem, “I will survive.”

At one point, a Trump supporter rode by on a moped and held up four fingers, signifying four more years of President Donald Trump.

Women’s Marches have been held regularly since Jan. 21, 2017, the day after President Donald Trump was sworn into office, in one of the largest public demonstrations in U.S. history.

Today’s gatherings are the second under the Women’s March banner this year. The earlier marches were held Jan. 18 to commemorate the 2017 event, and renew support for women’s rights.

Front lawn in West Hills shows signs of the times

Rays advance to second WS with 4-2 win over Astros