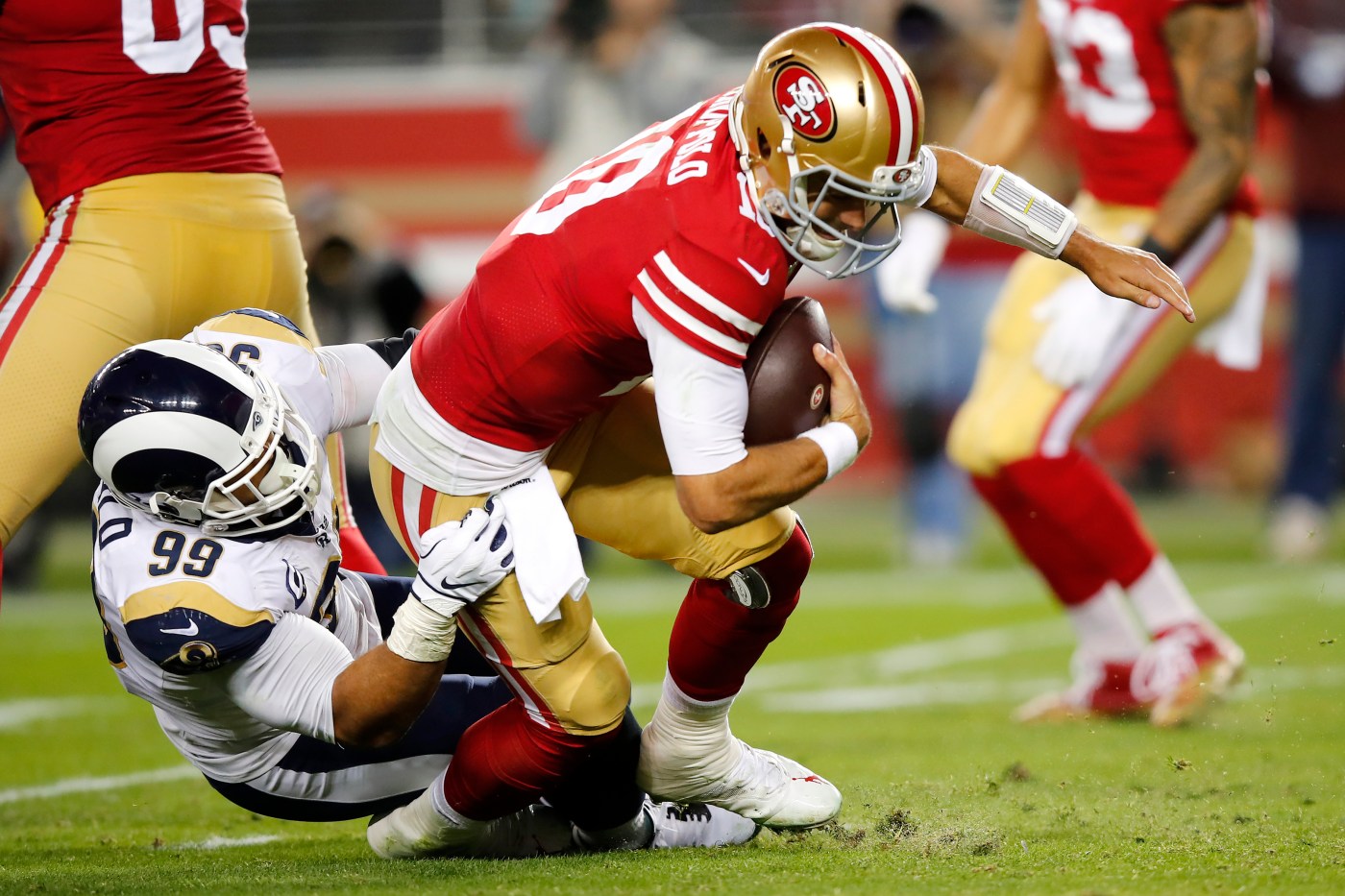 Any game between the Rams and the San Francisco 49ers arrives with an air of importance, of intrigue, of sometimes-bitter rivalry.

On a Rams-49ers battlefield, a sense of empathy is less common.

But if it ever were to come up, it would be Sunday night at Levi’s Stadium in Santa Clara when the teams renew a series that has been fought twice a season since 1950.

The 49ers (2-3) come in playing like a team suffering from the proverbial Super Bowl hangover since losing the championship game in February. The Rams (4-1) understand what that’s like, having struggled early and missed the playoffs last year after their own Super Bowl loss. Only six of the past 47 losers made it back to the Super Bowl the following season, and only one won it.

Rams coach Sean McVay and 49ers coach Kyle Shanahan share the hangover sufferers’ wish that everyone would stop talking so loud, at least about this topic.

“The Super Bowl hangover is just questions you have to answer all the time,” Shanahan said this week, noting that the cancellation of offseason training because of the COVID-19 pandemic meant he couldn’t bat away those annoying questions until training camp.

“We have a different team every year. It’s something we’re working through. We’re not at our best right now. We’re trying to get there.”

That sounds like what McVay said in 2019, or what he said Wednesday.

“Every single year presents new challenges, and that’s definitely something that I’ve learned in a short amount of time,” McVay said. “And I think all these guys would say the same thing.”

McVay and Shanahan have a lot in common, including four years (2010-13) on the Washington staff early in their NFL careers. McVay coached tight ends and Shanahan was the offensive coordinator under his father Mike. McVay succeeded Shanahan in running the Washington offense. Each got his first head coaching job in 2017, and they’ve split six meetings.

McVay acknowledges some similarities in the Rams’ and 49ers’ offenses, and when he first talked last winter about the Rams using a running backs “committee” (Cam Akers, Darrell Henderson, Malcolm Brown) to replace Todd Gurley, he gave a nod to the Niners’ success in 2019 with three 500-yards-plus ball carriers (Raheem Mostert, …read more

Rams’ defense clamps down on Bears