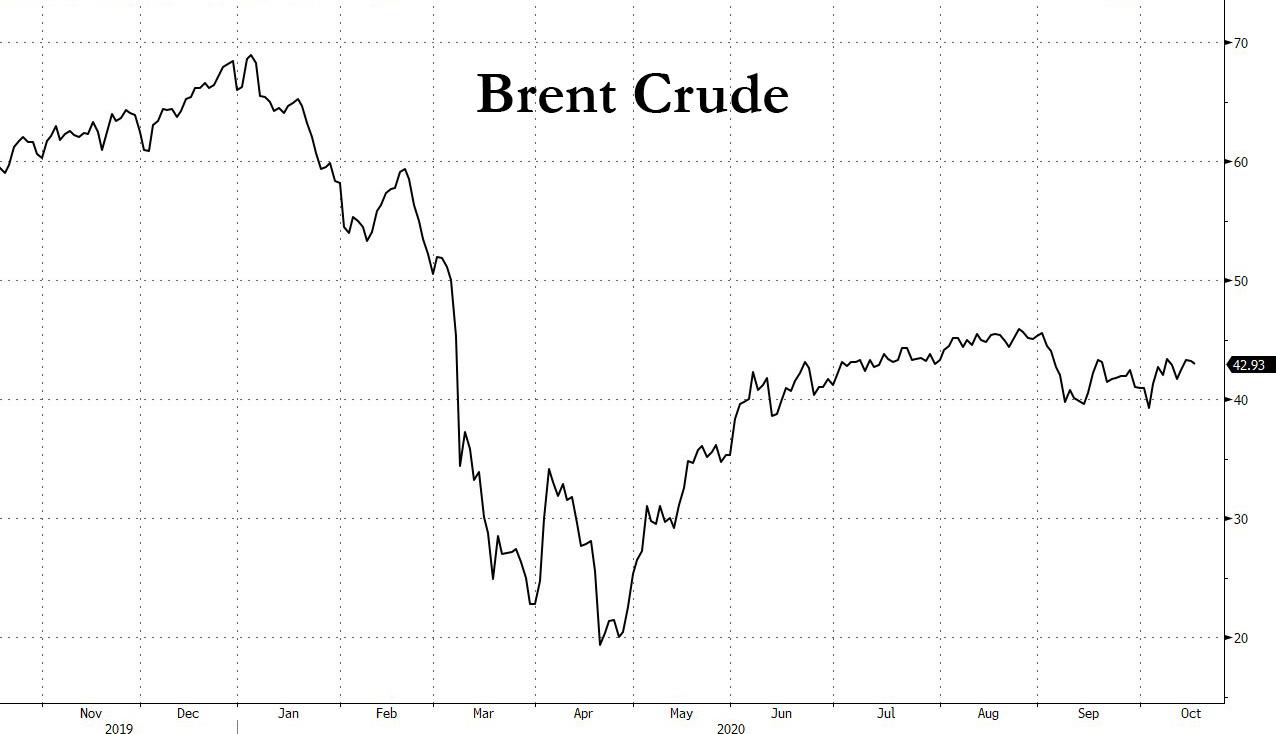 With the price of Brent crude trading in a narrow – and low – range since the covid crisis, now that we live in a work from home world where demand for gasoline, oil and energy is far less than before March…

… OPEC countries have been hurting greatly, because as the following summary chart from the EIA shows, Brent in the low $40s is well below the fiscal breakeven prices for most member of the oil-producing cartel (with the exception of Russian, Qatar and Mexico).

Which is why we have been surprised at how patiently the world’s biggest oil exporters have handled themselves since the pandemic breakout, even as their net capital position has been slowly draining month after month.

That may be about to china, however, with the two largest OPEC producers – Russia and Saudi Arabia – announcing on Saturday they are “ready to cooperate closely to keep the global energy market stable”, the Kremlin said in an emailed statement after President Vladimir Putin and Saudi Arabia’s de facto leader, Crown Prince Mohammed Bin Salman, held their second phone call this week.

According to Bloomberg, the two leaders spoke “extensively” about the OPEC+ cooperation “continuing an Oct. 13 conversation during which they reviewed efforts to balance supply and demand in the oil market and boost the global economy.”

The calls came before a small group of the world’s main oil exporters are scheduled to review compliance with production cuts on Oct. 19, and ahead of the next OPEC+ summit on Nov. 30-Dec. 1, when the cartel is expected the reassess, and likely scrap its previous plan of increasing output by 2mmb/d starting in January as part of a plan to taper cuts started in May, due to the continued demand destruction from the second wave of covid cases in the US…

For now the status quo is set to remain: earlier this week, Russian Energy Minister Alexander Novak and his counterpart from the United Arab Emirates, Suhail Al Mazrouei, said that the group plans to proceed with the supply boost as scheduled. We expect this will not only change but likely reverse to even …read more