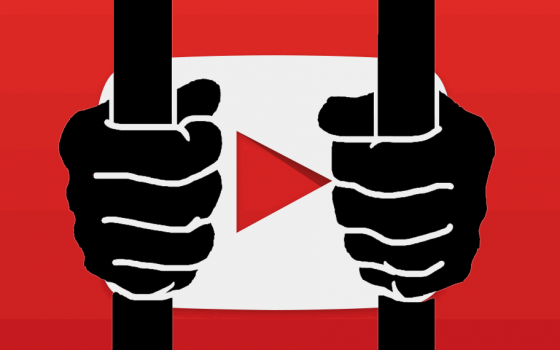 Authored by Mac Slavo via SHTFplan.com,

A massive YouTube purge has taken place. Several channels have been removed from the platform proving truth is treason in the empire of lies.

Let me preface this by saying that whether you do or do not agree with the content published by some channels on YouTube, no one deserves to have the boot of tyranny on their throat or their voice silenced for any reason. Ever.

“When you tear out a man’s tongue, you are not proving him a liar, you’re only telling the world that you fear what he might say.”

As far as I, personally am concerned, the content published on any of the sites purged is irrelevant. Censorship in any and all forms is immoral all the time.

“Censorship is to society what cancer is to the body.”

“Those who burn books today will be burning bodies tomorrow,” Brian says.  Make no mistake, this is digital book burning. It’s time to come together and stand up for basic fundamental human rights. This is extremely serious, and it’s no exaggeration to say so.

After Brainwashing People For Decades, MSM and Governments Are Losing Control of People

This blatant censorship says one thing: the mainstream media and the controllers who pull the strings are scared. If they weren’t terrified of us, they wouldn’t be trying so hard to shut any of us up. The truth will prevail regardless.

Here is the list of the channels that we know about that were removed just today:

Try to find as many of these as you can on Bitchute or Steemit. Please try to take a few minutes to find any of these creators and support them on alternate sites.  This is economic terrorism. These people’s livelihoods were removed because they disagree with the official narrative.

Sean from SGT Report is trying to help et the word out about this. But honestly, as Brian from High Impact TV says is “we are all on borrowed time” now. This proves it. Please Tweet to @TeamYouTube and ask them to reverse this for …read more

The Bull (And Bear) Case