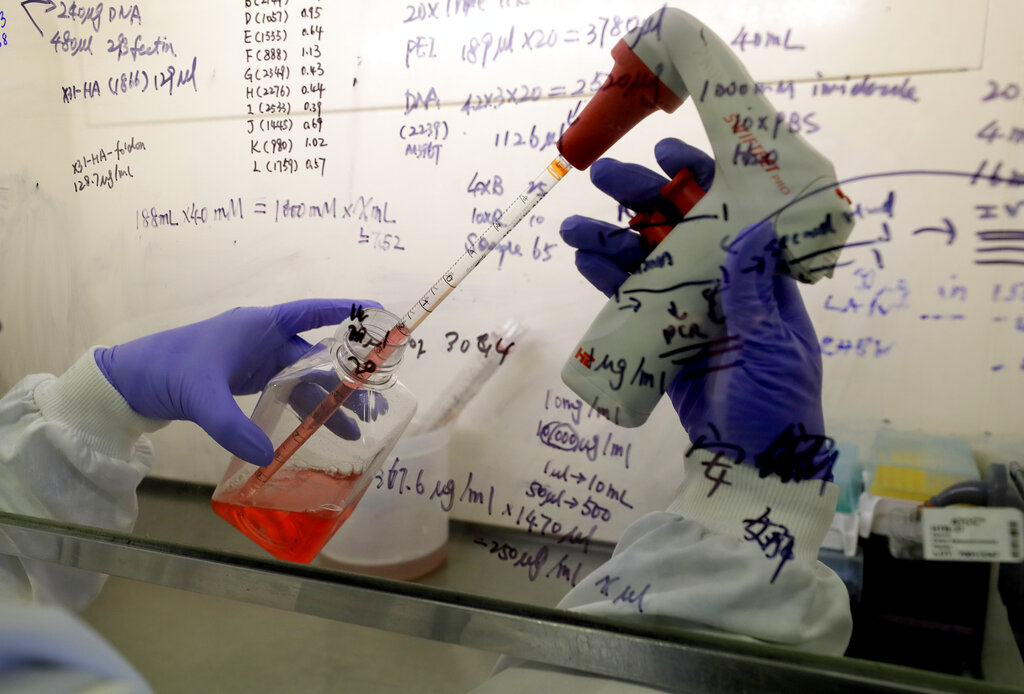 WASHINGTON — The government outlined a sweeping plan Wednesday to make vaccines for COVID-19 available for free to all Americans, assuming a safe and effective shot is developed, even as top health officials faced questions about political interference with virus information reaching the public.

In a report to Congress and an accompanying “playbook” for states and localities, federal health agencies and the Defense Department sketched out complex plans for a vaccination campaign to begin gradually in January or even late this year, eventually ramping up to reach any American who wants a shot. The Pentagon would be involved with the distribution of vaccines, but civilian health workers would be the ones giving shots.

The whole enterprise faces remaining skepticism. Only about half of Americans said they’d get vaccinated in an Associated Press-NORC poll taken in May. Since then, questions have only mounted about whether the government is trying to rush treatments and vaccines to help President Donald Trump’s reelection chances.

On Wednesday, the Health and Human Services Department announced that political appointee Michael Caputo would take a leave of absence. The news followed revelations that the senior communications official had tried to gain editorial control over scientific publications on COVID-19 by the Centers for Disease Control and Prevention, which he contended were hurting the Trump administration.

The director of the CDC, Dr. Robert Redfield, responding Wednesday before Senate lawmakers, rejected questions over whether the government’s timeline for states to be ready for a vaccine by Nov. 1 was politically motivated.

Redfield told the Senate Appropriations Committee that the “scientific integrity” of his agency’s output “has not been compromised and it will not be compromised under my watch.”

He said he was “deeply saddened” by Caputo’s accusations that CDC staff were working as a “resistance unit” against the administration.

“The Trump administration needs to leave the science to the scientists immediately,” Murray said.

Although Trump asserted Tuesday that a vaccine could be three to four weeks away, Redfield, made clear to Congress that any version available this year would be in “very limited supply.” The shot wouldn’t be broadly available to most of the U.S. population until the summer of 2021, he estimated.

Trump’s press secretary, Kayleigh McEnany, quickly repeated the president’s version at the White House: “We do believe that …read more

Not all Californians are sold on split roll, affirmative action