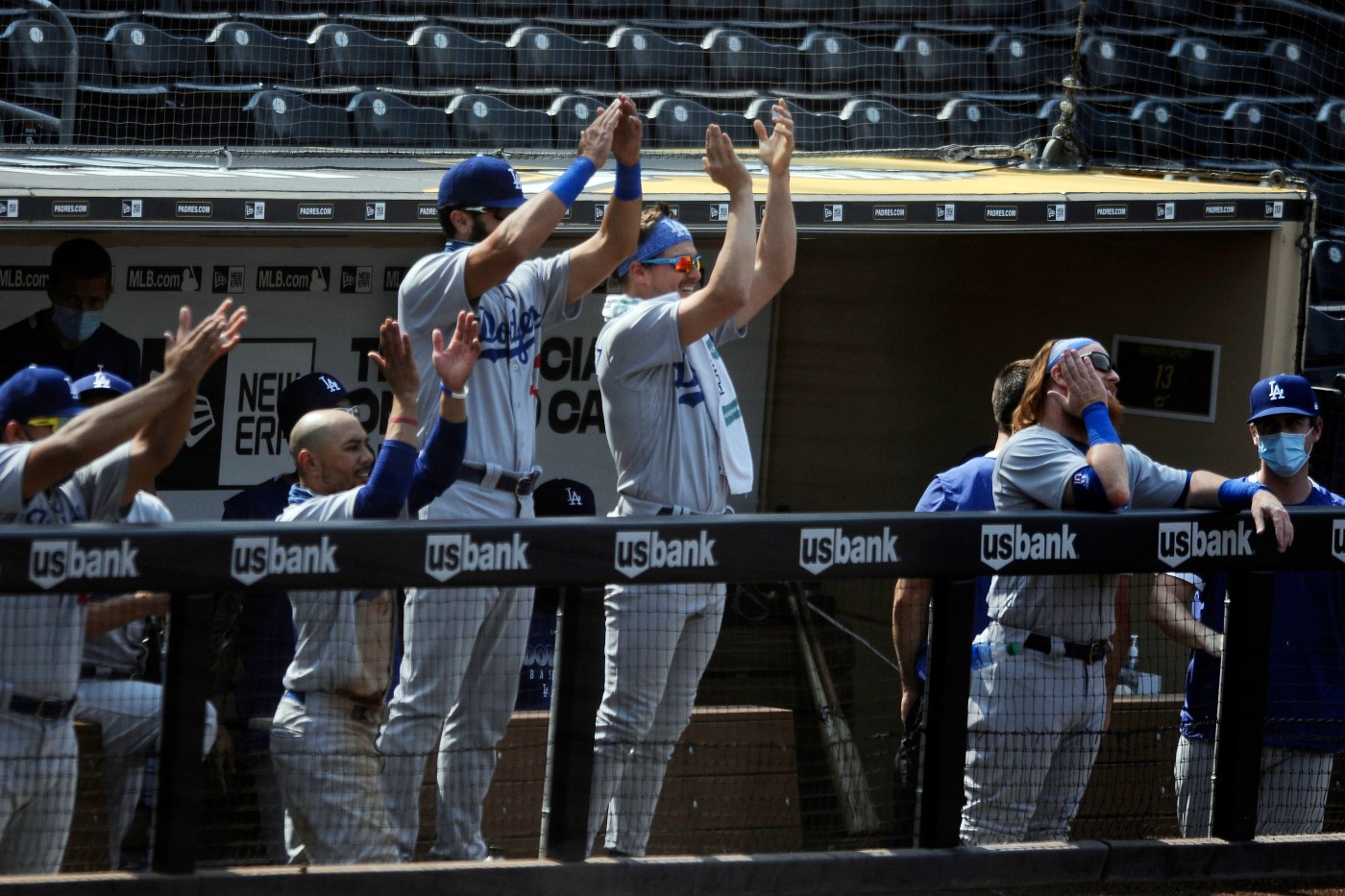 With playoff spots all but assured and postseason seeding as a division winner of debatable value – “non-existent,” Dodgers manager Dave Roberts said Tuesday when the format was announced – the Dodgers and San Diego Padres battled it out for the National League West with a big ‘meh.’

They sent out a parade of pitchers in dueling bullpen games, holding back recently injured young starters Dustin May (foot) and Chris Paddack (ankle) for ‘bulk’ innings or later in the week.

The Dodgers’ five pitchers did better than the Padres’ franchise-record package of nine arms in a 7-5 Dodgers win Wednesday afternoon at Petco Park.

Sometimes a win is more than a win. After losing a dud in the opener of the NL West showdown, the Dodgers won two games in less than 24 hours to win the series in San Diego and the season series (6-4) – potentially of some value as a tiebreaker. The win also clinched a postseason spot for the Dodgers.

The Dodgers left town with their lead in the NL West back up to 3 1/2 games in pursuit of their eighth consecutive division title.

Of great value to the Dodgers was the assurance May gave them with his 5 1/3 innings Wednesday.

Pitching, if not starting, for the first time since taking a comebacker off his left foot during his start in Arizona last week, May appeared unaffected by that or the change in assignment. He held the Padres in check most of the afternoon before fading late.

May retired 11 of his first 13 batters and struck out six in his five innings. An error by second baseman Gavin Lux extended the seventh inning long enough for Jurickson Profar to hit a two-run home run off May and Manny Machado added a solo homer in the eighth, making this the first time in 10 appearances (nine starts) this season that May allowed more than two runs.

The Padres’ bullpen came into the game with a 20 2/3-inning scoreless streak, not having allowed a run in over a week. The Dodgers’ offense made a mockery of that.

Will Smith drove in three runs – two with a double, one with an infield single. Mookie Betts had two hits and three stolen bases. A.J. Pollock and Chris Taylor hit solo home runs. Max Muncy drove in a run with a double – his first extra-base hit this month.

John Boyega Steps Down as Global Ambassador For Perfume Brand After Company Appropriated His Ad Concept, Reshot with All-Chinese Cast