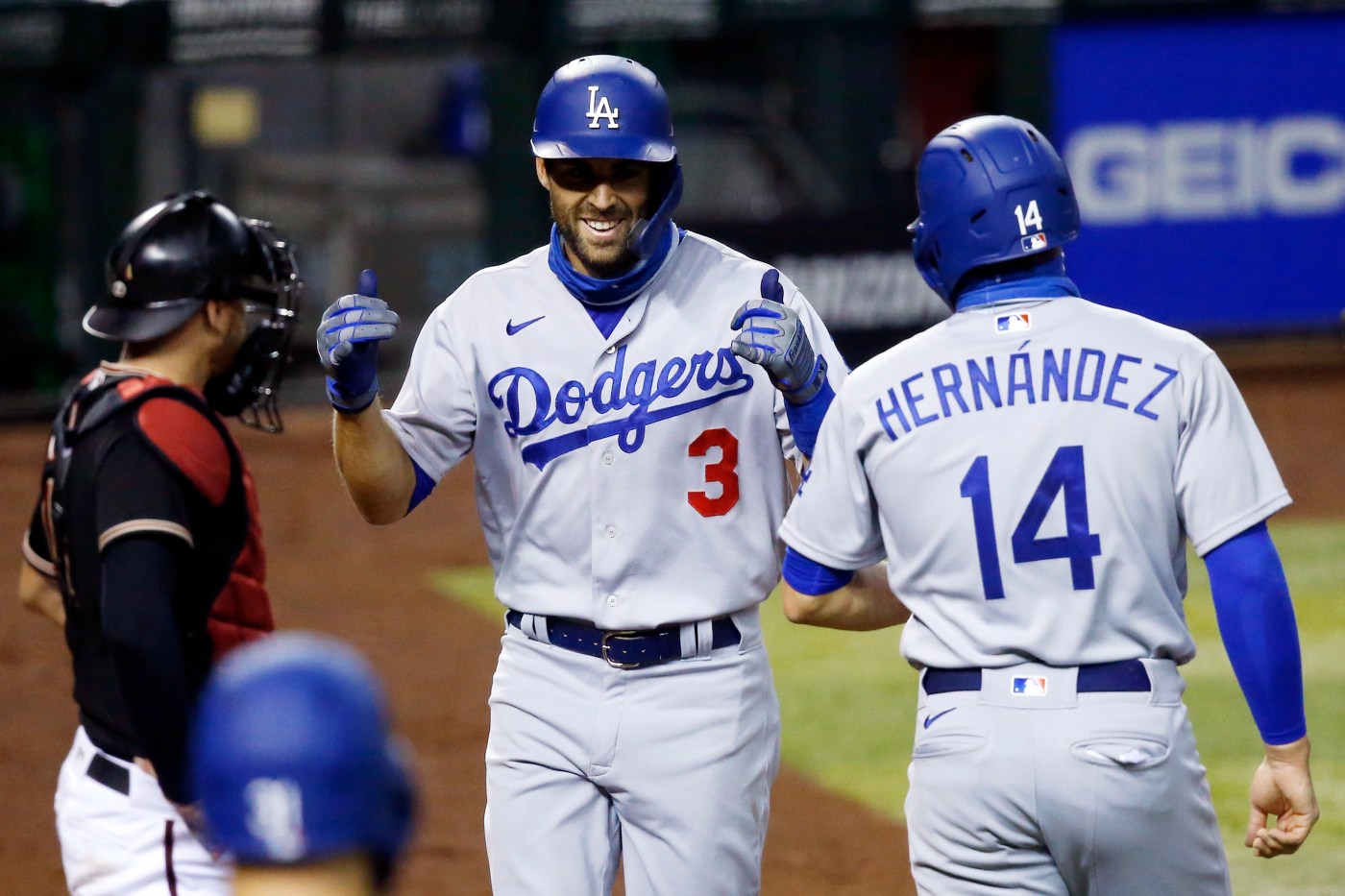 Whatever challenges traveling in the midst of a pandemic might present off the field, the Dodgers are having no problems with it on the field.

Edwin Rios, Matt Beaty, A.J. Pollock and Chris Taylor each hit home runs as the Dodgers beat the Arizona Diamondbacks 11-2 Saturday. The win was the Dodgers’ fourth in the first five games of this season-long nine-game trip.

With Cody Bellinger slumping to start the season (hitless in his past 16 at-bats), Dodgers manager Dave Roberts gave him a day off Saturday. Pollock started in center field for the first time since last September 1. Beaty got his first start of the season and Rios his first at third base with Justin Turner getting a DH day.

Those three — Pollock, Rios and Beaty — combined to drive in five runs in the bottom half of the Dodgers’ lineup Saturday.

The damage was all packed into the fourth and fifth innings.

Diamondbacks starter Luke Weaver walked Joc Pederson to start the fourth. Two batters later, Rios launched a 434-foot drive off the upper deck in center field — a more conventional two-run home run than the one he hit leading off the 13th inning in Houston Wednesday night.

Two of Rios’ first three hits this season (in nine at-bats) and six of his first 16 in the big leagues (in 56 at-bats) have been home runs.Two batters after his fourth-inning blast, Beaty hit his, a solo shot into the Dodgers’ bullpen down the right field line.Related Articles

Dodgers bullpen has bad night in loss to Diamondbacks

In the fifth inning, the Dodgers scored five times with a two-run triple by Turner and Pollock’s two-run homer doing most of the damage. Pollock is off to a 9-for-22 start this season.

Taylor entered the game as a defensive replacement at shortstop and hit a three-run home run in the eighth.

Kenya COVID-19 hospital gears up for surge in new infections