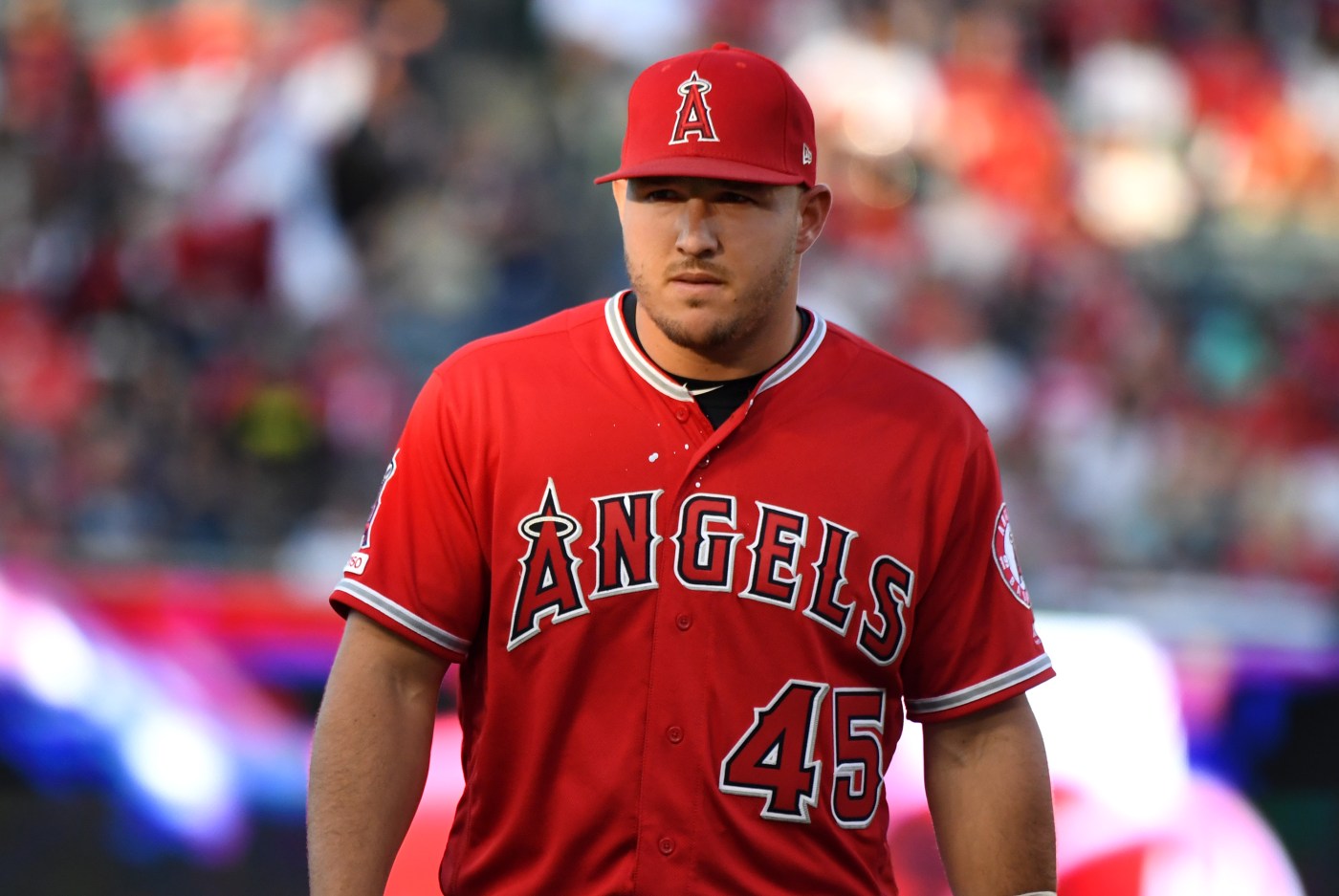 ANAHEIM — Mike Trout could rejoin the Angels as soon as Sunday.

Trout was gone for Saturday’s game, the third and final game he’s permitted to be on the paternity list.

Manager Joe Maddon said Trout’s wife, Jessica, had the baby, although he had no more details and had only a tentative plan for Trout to be back in the lineup Sunday.

“That would be the optimal plan,” Maddon said. “I’ve already written things down to put him in the lineup for tomorrow. And that’d be so nice to be able to do that. And then finally get really close to the lineup that we thought we’re going to have coming out of the second camp, but I don’t have that 100 percent for you yet.”

If Trout is not ready to return Sunday, the Angels would nonetheless have to remove him from the paternity list.

Although Trout’s absence for the birth of the baby comes just as the COVID-19 situation around baseball becomes more serious, Maddon said he’s gotten no indication Trout might not come back.

Trout would also need to clear all the normal coronavirus protocols before returning.

The Angels have had Trout and Anthony Rendon together in the lineup in just two of their first eight games, on Tuesday and Wednesday. They split those games, but they scored 17 runs in them.

Shohei Ohtani will start Sunday, his first outing on the mound since his nightmarish season debut a week earlier in Oakland. Ohtani faced six batters and didn’t retire any of them, with three walks. He was charged with five runs.

Ohtani’s average fastball was 92.9 mph, down from 96.7 mph before he had Tommy John surgery. Ohtani, Maddon and pitching coach Mickey Callaway all said the issue with his velocity is mental, that he has reservations about throwing at 100%.

Ohtani conceded on Saturday that one of the issues may have been that he was pitching in an empty stadium.

“Usually once I get on the mound, like all the pain and soreness and everything goes away and all the adrenaline kicks in,” Ohtani said through his interpreter. “But it wasn’t like that last time. I guess the fans not being there was a big factor, so I guess I need to make some adjustments to get locked in mentally and situationally.”

Ohtani also conceded that he’s “been thinking about it every day since Sunday.”

Maddon and Ohtani both described a …read more

Could your Fitbit or Apple Watch detect early COVID-19 symptoms?