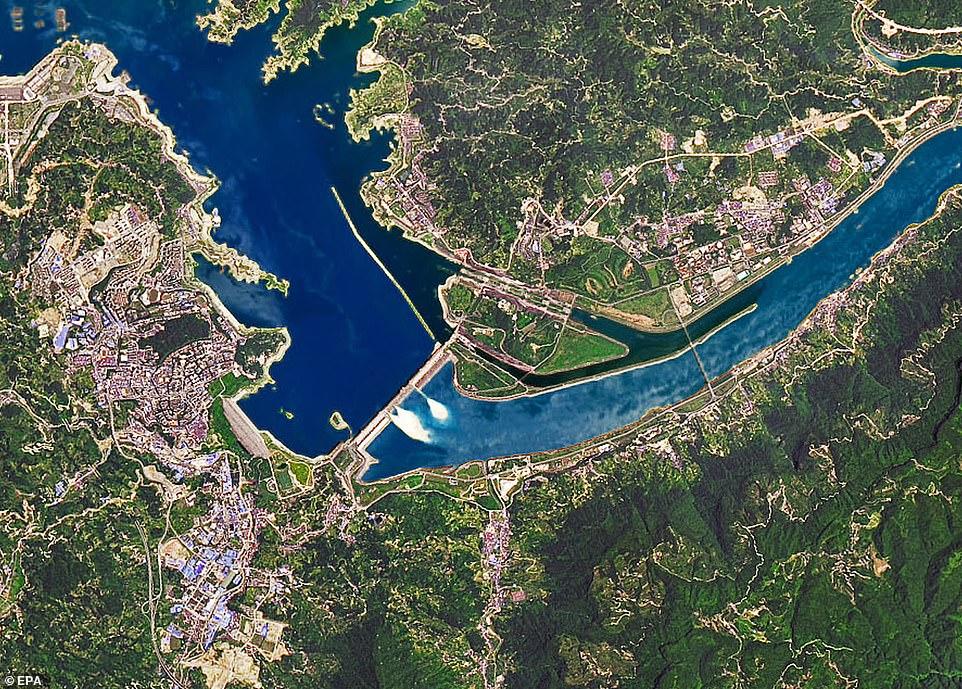 Concerns are rising that China’s Three Gorges Dam, the world’s largest dam, could be on the verge of collapse triggering a devastating 250-foot tidal wave that would wipe out cities, reported The Sun.

A major concern, after several weeks of raging floodwaters rushing through the dam at 60,000 cubic meters per second, is that part of the structure has shifted under enormous pressure, potentially jeopardizing the structural integrity of the dam.

Rumors of structural faults in the walls of the 14-year-old dam have grown as heavy rains deluged the swollen Yangtze River.

China’s secretive leaders – already facing a backlash over the Covid-19 pandemic which started in Wuhan in Hubei Province – have played down the threat.

But authorities are said to have quietly ordered the evacuation of 38 million Chinese in the threatened zone – equating to more than half the population of the UK.

Heavy rainfall is forecast to continue to pound the Yangtze River basin in the coming days after localized floods claimed at least 141 lives. – The Sun

Dam operators, quoted by local media, said there are two weeks before reservoirs around the dam reach maximum level. Floodgates were used earlier this week to discharge excess water but still not enough to lower water levels.

China’s state-run Global Times quoted a local official that said the structure is “safe and in good condition.”

This Time Is Different: The Death of Valuation - The Intellectual Calamity Of "Big Data"

CONFIRMED: The CCP put up posters in Beijing instructing people to go to underground bunkers if the alarm goes off signaling they are at war.

The poster reads: “How to quickly enter the wartime civil air defense facility after you hear the alarm”

A CGI video published on Twitter showed a potential scenario of the dam collapse, would flood cities along the Yangtze River.

We’ve recently highlighted speculation the dam could be set to fail.

Turkey’s Brain Drain: Why Youths See No Future There

In 3rd Intercept This Week, Russia Scrambles Fighter Jet Against US Spy Plane Over Black Sea