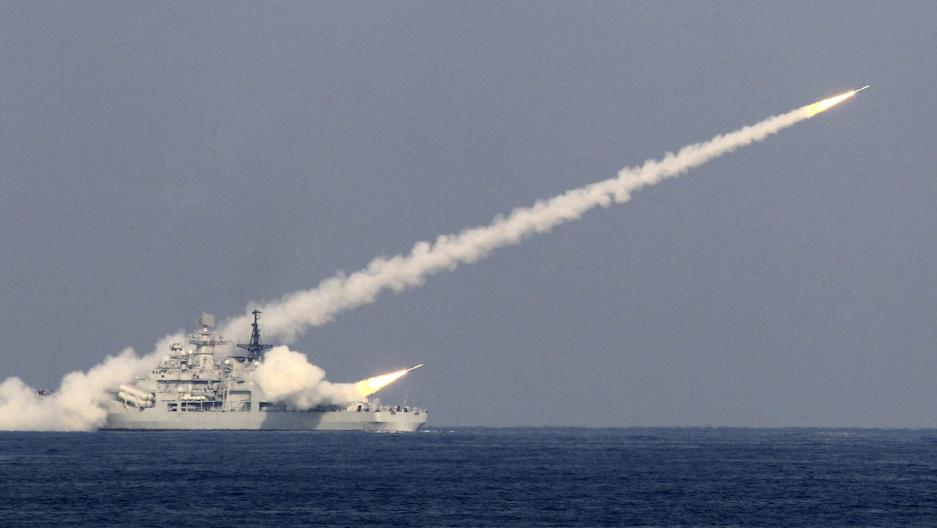 China’s English language state-run Global Times, which often serves as an unofficial foreign policy arm of Beijing signaling the communist government’s intent and messages to the West, has issued a new article along with tweets saying the People’s Liberation Army (PLA) stands ready to ‘retaliate’ amid rumors the US could launch attacks on Chinese islands and reefs in the South China Sea.

The publication strongly suggested that soaring tensions with China will be used of Trump to facilitate an October surprise. It began by saying that “Chinese experts said on Tuesday that China could be restrained on retaliating to new US provocations on politics, diplomacy or economy, because Chinese policymakers will not let the Trump administration use them for his reelection, and will wait for the presidential election result to decide how to respond.”

“However, if Washington launches military provocations to challenge the bottom line of China’s national security and sovereignty, China will make immediate and effective retaliations. Experts said whether or not the two major powers can avoid military conflict in the next three months depends on the White House, and China needs to make its deterrence ‘more visible’ to warn the US about how dangerous a war could be,” Global Times wrote.

The report, which no doubt is also intended as a warning, said the unexpected surge of hawkish fervor focused on Beijing out of Washington has only served to make the Chinese defense establishment respond in the same measure.

“Direct China-US military conflicts, or even the severance of diplomatic ties, which used to be unimaginable, are being discussed more frequently by the mainstream media outlets and scholars, so the danger of military conflicts exists and is growing,” Jin Canrong, associate dean of Renmin University of China’s School of International Studies in Beijing, was cited as saying.

He explained further “Unfortunately, there is [possibility of an armed confrontation]. Nobody wants it, and everybody would lose if a war erupts. But if you look at what happened in World War I, for example, it was started by a little event, and then the larger countries quickly became involved even though they had not planned to.”

The publication also emphasized the fact that both are nuclear armed, making …read more

Wisconsin Bank Pays Above Face Value For Coins Amid Shortage