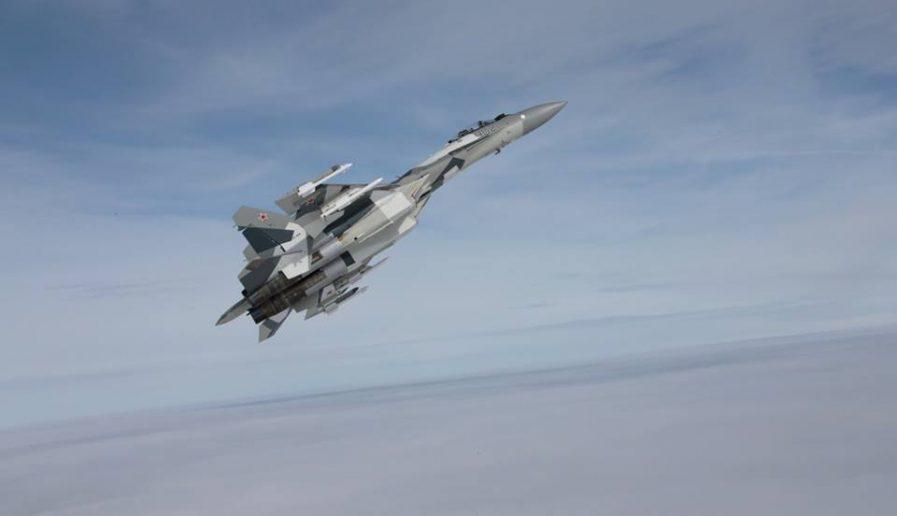 The Russian publication Avia.Pro reported on Tuesday that the Russian Air Force intercepted an Israeli warplane during the latter’s attack on Damascus Monday night.

“Despite claims that Russia may not have control over the airspace over the region, it turned out that a few minutes before the IDF strike, Russia had launched its military aircraft from the Khmeimim airbase, which allegedly took off in a southeast direction,” the publication began, pointing out “the rise of Russian aviation assets was recorded at 21 hours 47 minutes, while Israel launched an attack at 21 hours 48 minutes.”

According to Avia.Pro, the Russian Air Force could have stopped the Israeli attack after deploying their jets to southern Syria last night.

“Given the distance from Khmeimim airbase to Damascus, Russian aircraft could have covered it in a matter of minutes, but analysts believe that Russia rather prevented the IDF from continuing its strikes as the attack was carried out from airspace controlled by the Israeli military,” the report says.

While the Kremlin has made no mention of this claim, there have been similar reports about Russian Air Force intercepting Israeli aircraft in the past.

Xi’s Decision To Turn Inward Is Dangerous For Trade

However, despite these claims, the Israeli military was able to hit some sites around the Sahnaya suburb of Damascus.

A report from the Syrian capital said that the Syrian Arab Army (SAA) was able to down some of the Israeli missiles, but a few others managed to hit their intended targets.

The Exodus Begins: Joe Rogan Is Leaving LA For Texas Because He Wants “A Little Bit More Freedom”